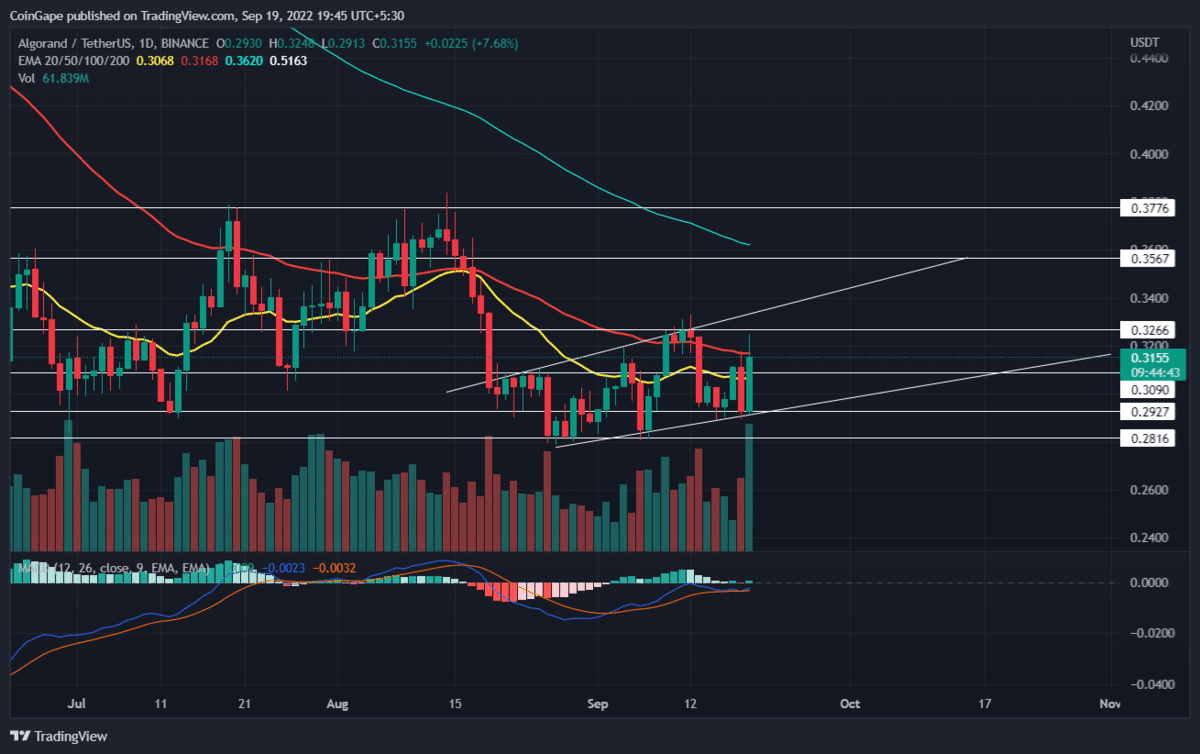 The ALGO / USDT pair supported by $ 0.28 monthly support shows a range-bound rally over the past three months. The altcoin failed thrice to surpass the $ 0.37 resistance, which acts as a bullish limiter for potential recovery. Amid the later August correction, the Algorand coin price plunged back to the bottom support of $ 0.28. Thus, the buyers managed to defend this level again and trigger a slow yet steady recovery rally. 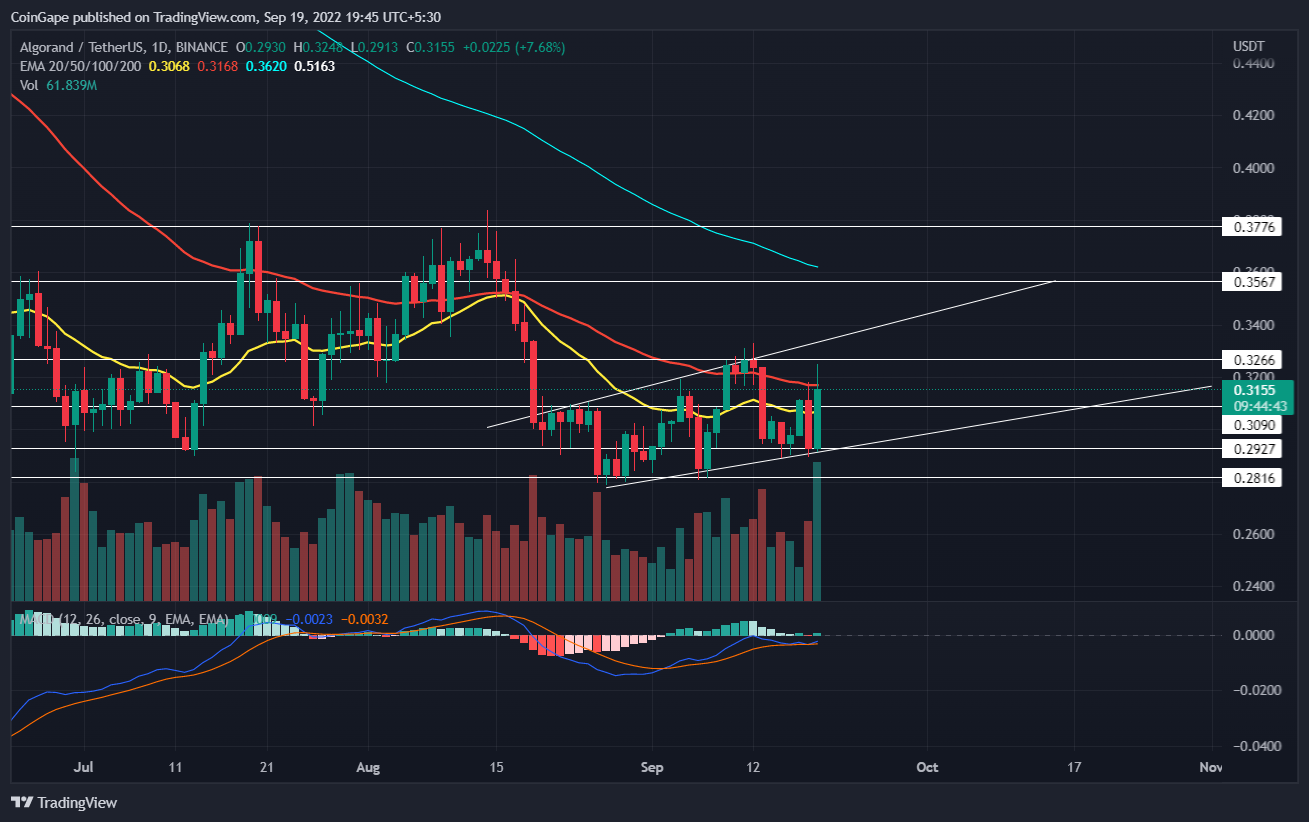 The ongoing bull run shows sets of new higher highs and lows, gradually leading the price to range resistance of $ 0.37. As of now, the AlGO coin currently trades at $ 0.31 and shows a 12.2% growth from the base support.

Moreover, the daily technical chart reflects the ongoing recovery as a broadening channel pattern. Using this uptrend channel, the coin buyers could carry the ALGO price to higher levels; however, in theory, this rising channel is in a bearish continuation pattern.

As per technical analysis, this chart pattern accentuates the failure of buyers to surpass the prior swing high, which eventually leads to a support trendline breakdown and a significant correction rally.

Today, the Algorand coin rebounded from the support trendline with a long bullish engulfing. Thus, the price jump breaks the immediate resistance of $ 0.31. The breached resistance could offer suitable support and lead the prices to an overhead trendline.

Therefore, if coin buyers want to escape this bearish reign, the price should surpass the resistance and $ 0.37 resistance.

However, if they failed, the Algorand price could eventually lose the support trendline and plummet to $ 0.281.

MACD indicator: the fast and slow line shows several crossovers just below the neutral indicating a neutral to the bearish sentiment among market participants

From the past 5 years I working in Journalism. I follow the Blockchain & Cryptocurrency from last 3 years. I have written on a variety of different topics including fashion, beauty, entertainment, and finance. raech out to me at brian (at) coingape.com

The presented content may include the personal opinion of the author and is subject to market condition. Do your market research before investing in cryptocurrencies. The author or the publication does not hold any responsibility for your personal financial loss.