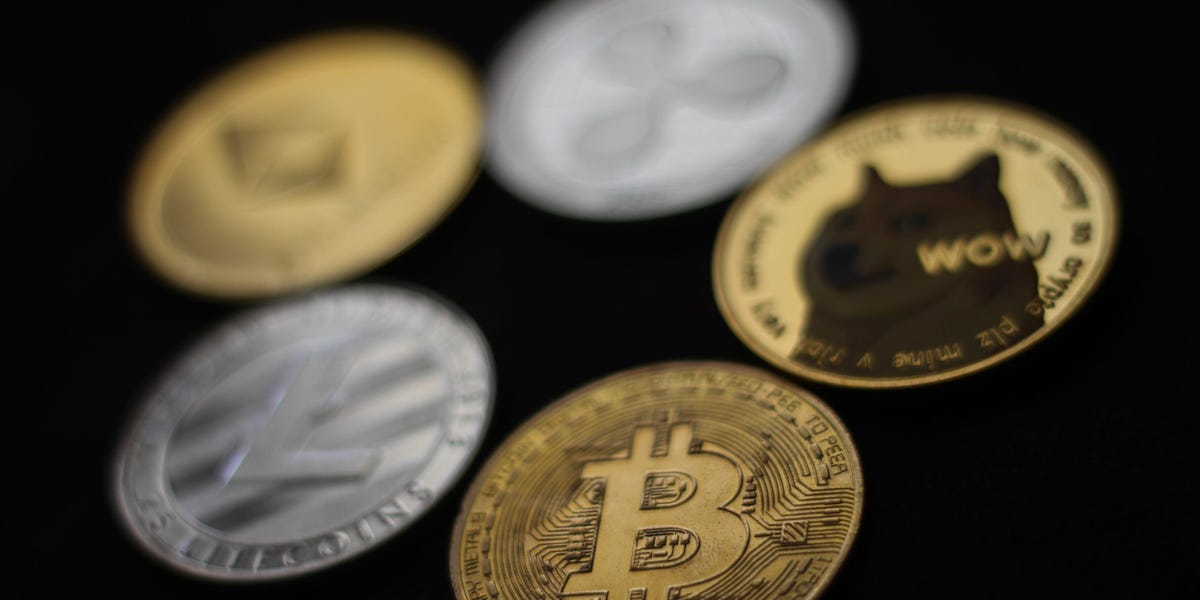 Kayle Watson has never been afraid to think outside the box.

After studying mechanical engineering at the Navy Academy, he worked on the ship for three years before going through the famously arduous training to become a US Navy SEAL.

“It’s everything they say and more,” he recalled in an interview. “113 people started and 18 finished.”

Nine years of active duty later, Watson, who always enjoyed reading Money magazine while on deployment, decided to head to New York and find a job on Wall Street.

With zero finance experience, he soon landed at Bear Stearns, which was known for hiring “PSDs,” or people who were poor, smart, and had a desire to become wealthy.

Watson took to Wall Street like a duck to water. He quickly learned the nuts and bolts of finance by referring back to the oft-repeated quote among Navy SEALs: “How do you eat an elephant? It’s one bite at a time.”

He did exactly that at Bear Stearns, Guggenheim Securities, and most recently BlackRock.

“I went from 100% equities to joining BlackRock and having to learn fixed income, smart beta, ESG, factors, and commodity,” he said, adding that his job at the money manager was to drive institutional adoption of ETFs.

Now, Watson has stepped outside the box once again by joining crypto startup 21Shares, which counts Ark Invest founder Cathie Wood as an investor and independent board member.

Leaving Wall Street for the ground floor of a new technology

As the newly appointed US head of sales for the $ 2.5 billion crypto asset manager, Watson said he had to admit to not knowing too much about crypto when he was interviewed for the top job.

Once he went down the rabbit hole, the “huge opportunity” presented itself.

“Most people looked at crypto and thought it’s not going to be around or it’s bitcoin and we missed it. If you did not buy it five years ago, it’s too late,” he said. “I lived through Bear Stearns and the internet boom. We are just now seeing some of the true impacts to companies that can utilize the internet. We are going to see the same thing with Web 3.0.”

The impact of Web 3.0 may play out years later, but talks of a 2018-style crypto winter where prices stay depressed after a sudden plunge have circulated the industry.

Watson is not too worried. He’s observed that

has been gradually coming out of the still-emerging asset class, while institutional adoption of crypto continues apace.

He points to three recent major announcements as “huge validating points” for the industry. One of the most bullish indicators for him was that BlackRock is reportedly planning to offer crypto trading through the $ 10 trillion firm’s Aladdin investment platform, three people familiar with the plans told CoinDesk.

Another positive sign came when Fidelity International this week launched a physical bitcoin exchange-traded product in Europe. The ETP, which is available to trade on the Deutsche Börse Xetra, will list on the SIX Swiss Exchange in the coming weeks.

Watson is also sanguine about long-time crypto skeptic Warren Buffett’s $ 1 billion investment in Brazilian digital bank Nubank, which has an investment unit that allows users to invest in crypto ETFs.

Though to be sure, Buffett has professed his dislike for bitcoin, calling it “rat poison squared” while his right-hand man Charlie Munger recently compared it to “some venereal disease.”

What he will be buying for the long term

As a long-term investor, Watson said he will try to buy and hold instead of trading around.

Having set up his crypto wallet, he is getting ready to scoop up some tokens, including ethereum (ETH), chainlink (LINK), polygon (MATIC), and terra (LUNA).

His traditional finance background has helped steer his attention to chainlink, which is a decentralized oracle network that allows blockchain to access real-world data.

Indeed, Bank of America analysts led by Alkesh Shah said in a Thursday note that chainlink could accelerate the adoption of blockchain use cases across finance, insurance, supply chain, gaming, and gambling.

Watson said he is also positive on polygon after devouring the 21Shares research on the layer-two network. The crypto asset manager launched the world’s first Polygon ETP on the SIX Swiss Exchange in November.

The company now has 28 crypto-backed ETPs and over 100 listings on 10 regulated European and Swiss exchanges. In the US, it has collaborated with Cathie Wood’s Ark Invest to file for the ARK 21Shares Bitcoin ETF, which the SEC will decide to approve or disapprove on April 3, according to a recent filing.