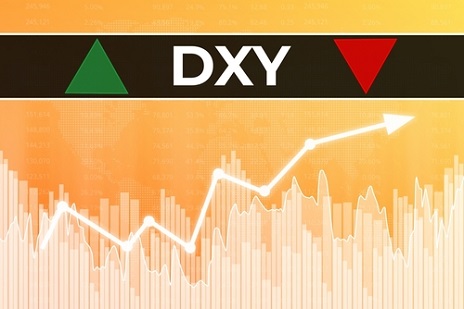 Editor’s Note: With so much market volatility, stay on top of daily news! Get caught up in minutes with our speedy summary of today’s must-read news and expert opinions. Sign up here!

(Kitco News) – Global financial markets struggled in the face of a surging US dollar on Monday as the DXY resumed its march higher, topping out at 114.289 and putting pressure on just about every other major currency in existence.

As a result of the strengthening dollar, the major stock market indices drifted into the red within hours of the market open and remained in negative territory, with the S&P, Dow and Nasdaq closing down 1.03%, 1.11% and 0.60%, respectively.

Surprisingly for some, Bitcoin (BTC) has managed to maintain its price level despite the rise in value of the USD over the past two days. Data from TradingView shows that in spite of the continued climb of the DXY in recent weeks, BTC continues to trade in an increasingly tightening range between $ 18,500 and $ 19,750.

Bitcoin’s relatively subdued response to the rising dollar was noted by Kitco senior technical analyst Jim Wyckoff, who noted in his morning update that “BC prices have been calmer amid higher volatility and keener anxiety in many markets recently.”

As global economic concerns continue to worsen, “BC bulls are hoping the marketplace turmoil will put a safe-haven bid into their crypto,” according to Wyckoff, but currently, “the bears have the slight overall near-term technical advantage amid a mild price downtrend in place on the daily chart.

Further insight into Monday’s price action for BTC and how it has influenced derivatives traders was provided by independent market analyst Justin Bennett, who posted the following Tweet highlighting that the next wave of short liquidations will begin if Bitcoin hits $ 19,300.

$ BTC is breaking higher today, and retail traders have once again placed their liquidation levels at a key area, in this case, $ 19,600.

While the surging dollar had little effect on the crypto market on Monday, the same cannot be said for the British Pound, which hit a new all-time low versus the dollar following the announcement of tax cuts and further debt increases to curb the impact of a possible economic recession.

On a global scale, the dollar has emerged as the clear currency winner as investors have sought shelter from worsening economic conditions.

This development could also eventually prove to be beneficial for Bitcoin, which is increasingly being looked at as an inflation hedge in the face of declining fiat currencies and underperformance by gold.

Crypto investors in Britain have already experienced some protection from BTC as the pound has fallen, with a recent research report commissioned by HM Revenue and Customs indicating that around 10% of UK adults hold crypto assets.

Despite the negative performance of BTC in 2022, Britons holding Bitcoin have paper losses of about 53% year-to-date, while investors denominating their holdings in dollars are down a little more than 62%.

A mixed day for the altcoin market

On the whole, it turned out to be a mixed day for the altcoin market as the number of tokens trading in the green was about equal to the trading number in the red.