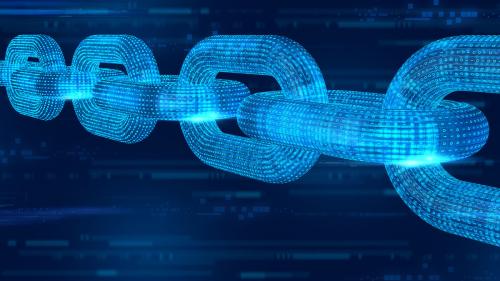 The rising prevalence of crypto and virtual currencies has invited the scrutiny of several regulatory bodies who continue to grapple with the unique challenges posed by blockchain technology, FinCEN being one prime example. The Financial Crimes Enforcement Network (“FinCEN”) is an arm of the United States Department of Treasury that seeks to impede financial crimes such as money laundering and terrorist financing, and was the first financial regulator in the US to address virtual currency.

Unsurprisingly, the potential misuse of blockchain technology to conceal money laundering activities — among other financial crimes — is a central issue for FinCEN, which is tasked with implementing and enforcing regulations applicable to these activities. Game developers and publishers monetizing the evolving ecosystem of blockchain games should take particular note — especially as it relates to games that facilitate in-game fungible or non-fungible token exchanges.

As background, FinCEN serves to regulate money transmitters under the federal Bank Secrecy Act. A money transmitter is typically an individual or business that engages in the transfer of funds whether they are based in real or virtual currencies. Such a transfer can occur by any means including by wire or electronic transfer. FinCEN requires all money transmitters to register with FinCEN and comply with a number of compliance obligations including regular reporting to FinCEN (particularly as it relates to user / customer identification and transaction data). On top of that, a myriad of state laws also exist that impose additional regulations on money transmitters. For instance, many states have instituted expensive licensure requirements.

To date, FinCEN has published guidance in several instances regarding its view on how convertible virtual currencies should be treated. First, in 2013, FinCEN explained that “[t]he definition of a money transmitter does not differentiate between real currencies and convertible virtual currencies ”and noted that“[a]ccepting and transmitting anything of value that substitutes for currency makes a person a money transmitter under the regulations implementing the [Bank Secrecy Act]. ” Then, in 2019, FinCEN’s update to its original guidance in fact affirmed its 2013 interpretation and did not establish any new regulatory expectations or requirements.

Thus, under FinCEN’s interpretation, a business that serves as a middleman, accepting payment via virtual currency from one user and passing it along to another, likely qualifies as a money transmitter. In the context of blockchain games, if a game publisher plays a role as a money transmitter in an exchange of tokens — that are deemed a convertible virtual currency — between players, the game publisher is likely also subject to the Bank Secrecy Act and other money transmitter laws. As a result, each game developer that facilitates token exchanges should evaluate which legal and regulatory obligations are applicable to it, in order to maintain compliance with federal laws.

As for state money transmitter laws, such a game might or might not qualify as a money transmitter based on these facts. For instance, the California Department of Financial Protection and Innovation regulates money transmitters in the state under California’s Money Transmission Act (Cal. Fin. Code § 2000 et seq.), But the guidance around classifying and commercializing certain virtual currency services is still evolving. Thus, if a game developer resides in California and his or her game includes any form of token exchange using virtual currencies, then consulting with an attorney to consider the specific facts would be highly advised to determine whether a license to transmit money is required in California . However, even if a California license is not required, the game developer might still need to comply with federal and other states’ licensure requirements.

In addition, game developers who have built exchanges for the sale and transfer of NFTs should monitor how FinCEN’s guidance regarding NFTs evolves under these regulations. As of now, FinCEN’s guidance has not specifically addressed NFTs, and, arguably, most NFTs do not qualify as currencies, however, it remains possible for an NFT to have attributes of a currency, depending on how it is designed and used.

Earlier this year, the Department of the Treasury published a report on the facilitation of money laundering and terrorist financing through the art trade and set forth options to address these issues. Among other considerations, the report discussed the risks of financial crimes in connection with high-value art, including NFTs (see our article on tokenization here). The study found that the high-value art market has certain inherent qualities that make it potentially vulnerable to a range of financial crimes. Entities dealing in NFTs should consider this report while we await further regulatory clarity going forward.