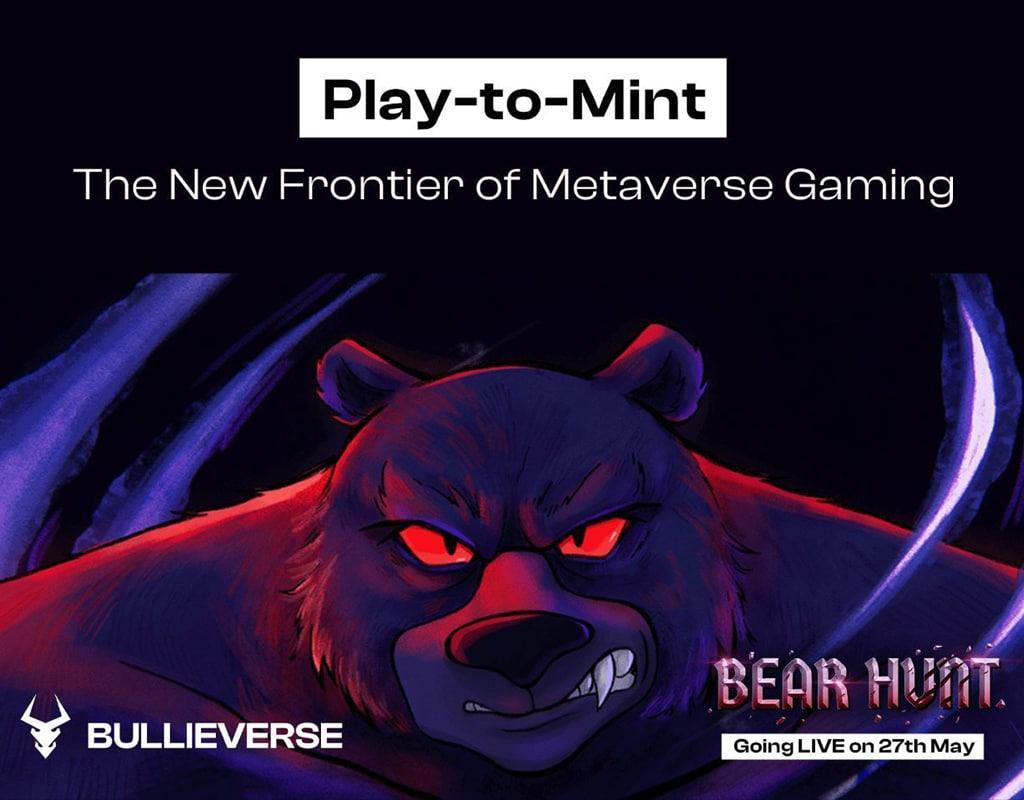 Bear Hunt is a single-player game that was previously launched in preview in March, and has the distinct honor of becoming the first full title to appear in the Bullieverse metaverse.

The game is based in Bullieverse Island, a three-mile long metaverse that has traditionally always been the home of the bulls. Disaster has struck Bullieverse Island, and the bears have attacked in the middle of the night and now occupy Verity Village. As we speak, they’re marching towards the Capitol City and expecting a similar result. So it’s down to the bulls to fight back and show them how wrong they are. It’s time to pick up your weapons and get ready to wage a historic battle to drive the invading bears out!

In Bear Hunt, the bulls are required to lock and load their weapons and fight their way through progressively more difficult levels to try and earn one of 10,000 limited edition Bear NFTs if they emerge victorious.

The first three levels of Bear Hunt were launched in preview for Bull NFT holders in March, with those who completed that game awarded a free Inferno weapon that can now be used in the full game. The new update also adds multiple additional levels to fight through. The bravest of bulls who successfully battle their way past all the bears to the end will face off against the BOSS BEAR in a climatic struggle as the last step to win the game and return Bullieverse Island back to its rightful owners. Become one of the first to claim victory and mint a truly random Bear NFT as your reward.

Fair distribution of the Bear NFTs has been enabled via an integration with Chainlink’s Verifiable Random Function on Ethereum and Polygon. Chainlink is a decentralized network of oracles that enables smart contracts to securely interact with real-world data and services that live off-chain. Because the Bear NFTs possess unique traits that grant holders more utility within Bullieverse, Chainlink provides a tamper-proof and auditable source of randomness that helps to ensure they’re distributed transparently, in a provably random manner.

The Bear NFTs are extremely valuable as they will provide similar utility to Bull NFTs for multiple other games, events and features that are added to the Bullieverse in the future. In addition, Bullieverse intends to launch an NFT renting mechanism on its platform that will give holders a way to earn passive income on their NFT’s when they’re not using them themselves.

“With the Bear hunt game launch, the Bull 2D NFTs come to life as 3D characters. Additionally, both Bull and Bear NFTs will be 3D playable characters in the Bullieverse Battle Royale game, which is in the works currently. We are also working with other NFT collections to build an interoperable cross-IP Metaverse bottom up, bringing other NFT collections to life. ” – said Srini Anala – CEO & Co-founder of Bullieverse.

Since the launch of the preview in March, developers have worked to introduce a number of updates to Bear Hunt’s gameplay, with additional levels and new weapons and ammunition thrown into the mix. Meanwhile the 2D Bull NFTs required to play the game have now been transformed into 3D versions with unique clothes and accessories. What’s more, the team has promised that more updates are in the pipeline, including an NFT renting pool, leaderboard competitions and an in-house asset marketplace, set to launch in June.

Bullieverse is an Open Metaverse where NFTs come to life through an immersive gaming experience built on the Unreal engine. This ecosystem is continuously expanding, with new players joining the community, creating games and in-game assets leading to fair incentives aligned with Web3 ethos. Through Bullieverse DAO, Bullieverse will progressively decentralize to become a community-owned metaverse governed by the $ Bull token holders.