Central African Republic’s adoption of bitcoin is mostly about geopolitics 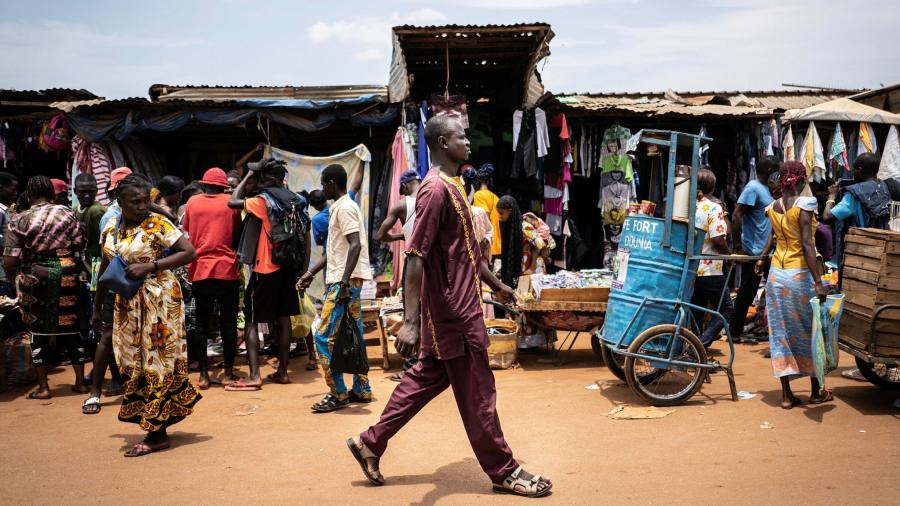 Imagine a landlocked, coup-prone country where armed groups control much of the territory outside the tiny capital and where people get by on a median income of $ 493 a year. What action would you take to improve the lot of its long-enduring citizens, a majority of whom are peasant farmers? Improve the education system, build rural roads, distribute fertilizer?

If making bitcoin legal tender was your answer, you are clearly aligned with the times. Last month, Faustin-Archange Touadéra, president of the Central African Republic, announced that his country would become the second in the world after El Salvador to adopt the seesawing cryptocurrency as its coin of the realm.

The 65-year-old president, who holds a doctorate in mathematics, said adopting bitcoin would “improve the conditions” of citizens and put CAR “on the map of the world’s boldest and most visionary countries.”

Never mind the carping of the opposition – fiat currency flat-earthers, evidently – who warned that adopting bitcoin could sour relations with international institutions, as well as facilitate money laundering and tax evasion. The country’s tax to gross domestic product ratio is less than 10 per cent anyway. Just how low do these naysayers think it could go?

It is easy to ridicule the move in a country where 85 per cent of people have access to neither the internet nor electricity. Even at bitcoin’s deflated rate of roughly $ 30,000 – less than half its peak of last November – it would take the average person in CAR the best part of 60 years to buy a single coin.

El Salvador’s experiment has not exactly blazed a trail. Few Salvadoreans appear to have used bitcoin – which is really more of an asset than a means of exchange – either to send home remittances or to make transactions. El Salvador’s government has spent $ 103mn on 2,301 bitcoins, according to Bloomberg, though they have fallen more than 40 per cent since the country’s first purchase. A putative $ 1bn bond (the proceeds of which were earmarked for a volcano-powered crypto-mining center and to purchase yet more bitcoin) has for some unaccountable reason been postponed.

CAR’s new course has more to do with geopolitics than economics. Before bitcoin, the former French colony of Ubangi-Shari’s only official currency was the CFA franc, an aftertaste of colonialism that is used in six central African nations and eight west African ones. (El Salvador’s other currency is the US “gringo” dollar.)

The CFA franc is pegged to the euro and guaranteed by France. Although that has brought a degree of macroeconomic stability, it has come at the cost of monetary independence. Many in the region resent it. In 2017, Kemi Seba, a Senegalese activist, set fire to a 5,000 CFA note (about $ 8.20), a gesture of defiance that earned him a day in court along with the man who handed him the lighter. Try doing that with a cryptocoin.

Hippolyte Fofack, chief economist at the African Export-Import Bank, sees the CFA as a plot to keep African currencies artificially high. While that suits foreign companies wanting to extract profits and local elites who enjoy shopping in European capitals, he says, it stifles industrialisation by making exports uncompetitive.

If CAR is pushing France away, it is giving its new Russian friends a come hither look. Touadéra owes his presidency to Russian mercenaries from the Wagner group who in 2020 helped repel a rebel army seeking to overthrow him.

That has come at a cost. As well as committing human rights abuses, Russian operatives are alleged to run a gold mine and even collect taxes at the border. Russia denies its “advisers” are involved in either military or commercial activity. Still, if they were, bitcoin might plausibly make it easier for them to move money in and out of the country or bypass sanctions imposed after Russia’s invasion of Ukraine.

Whatever CAR’s motives, the idea may well catch on. Young people in central and west Africa, who have little trust in their governments and few opportunities to make good money, have been drawn like moths to the cryptocurrency flame. So popular had crypto become in Nigeria that the central bank banned it – only to launch Africa’s first digital currency, the eNaira, last October. You could call it bitcoin FOMO.