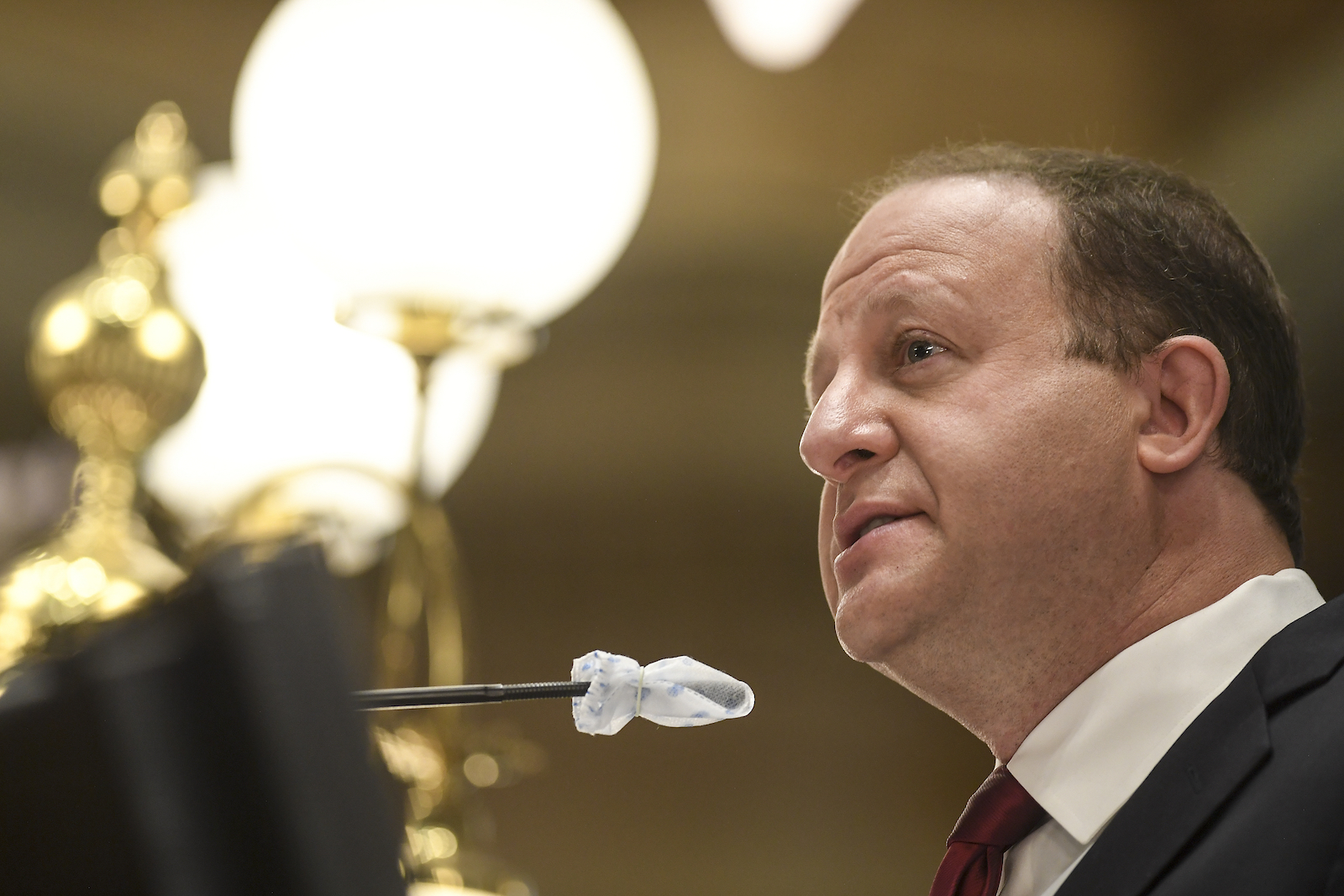 Governor Jared Polis has repeatedly said his goal is to make Colorado the national hub for blockchain innovation. And he’s backed up that talk with action: Earlier this year, he announced Colorado would become the first state to accept cryptocurrency as payment for state taxes and fees. He also recently discussed a project that would use blockchain for the state’s cattle brand system.

Despite those goals, the terms “blockchain” and “crypto” still give many Coloradans an instant headache. That’s why we asked Thaddeus Batt, the state’s blockchain solutions architect, to explain his work and why blockchain is an important part of Colorado’s future. A born-and-raised Centennial Stater and former blockchain consultant, Batt was hired by the state in April 2019 to help advise and develop a set of standards around blockchain technology for the Governor’s Office of Information Technology. Here, he breaks down why blockchain is important, how its implementation could impact everyday Coloradans, and potential uses in the state.

5280: How would you explain the benefit of blockchain?
Thaddeus Batt: The way that I often think about it and explain it is like an open and transparent double entry ledger. The thing about blockchain that makes it interesting is it really is accounting — it keeps track of all of the changes in ownership or changes in amount of any particular thing. So it’s great as a use case for money because money is the thing that most people are super interested in maintaining very complete records of. But as a method of accounting, it can accommodate anything that has those properties of being fungible or exchangeable. And it can basically be as transparent as you want because anything can be encrypted to such a high level people will be able to see the transactions, but they will not be able to dive into the details.

What’s one thing you wish the average Coloradan knew about blockchain?
Blockchain and crypto are related but not the same thing. Blockchain is the underlying technology that allows cryptocurrencies to work, but it’s really just a method of accounting. And with anything that needs to be accounted for, blockchain is a great solution, especially when you look at areas that have a few of the main problems the blockchain addresses, which is fraud and trust. If you’ve got any system that has problems with those two things, and it’s something that is transactional, then blockchain is a good thing to look at.

For folks like myself who do not really understand the nuances of blockchain, how would you explain the impact of your work?
The goal that I have is to make it easier for not just Coloradans specifically, but anyone who needs to access their data that’s housed across any state agency, to access that data easily, securely, electronically and as friction-free as possible. And historically, that’s been an issue with interacting with any government agency, right? It’s very hard.

This is something else that blockchain provides. It’s not 100 percent there yet, but it’s definitely a big problem that a lot of people are working on, which is digital identity that is blockchain-based, and being able to ensure that the people who are accessing the data are accessing their own data. and not anyone else’s. So there’s a ton of governance and a ton of security that blockchain sort of promises to provide that we really need to dive into and look at implementation across a wide range of different services to enable folks who have data stored with the state to get to that data securely, easily, and electronically.

Governor Polis has made a big deal about saying he wants Colorado to lead the way with blockchain solutions.
Yeah, I do think that Governor Polis is absolutely right in wanting to pursue blockchain business for the state, and by making it clear and obvious that the state embraces new technologies and is able to use and work with them. It creates a business and social environment that fosters that innovation and attracts the sort of talent that is at that cutting edge.

When I started with Web 1.0 work in Colorado in 1999, technology was kind of a niche industry within Colorado. There were a few big companies that were doing tech, but throughout the 90s and early 2000s, it certainly just grew and grew and grew. We’ve got an amazing talent pool within the state that’s been developing for quite a while. We’ve got the largest Ethereum-focused conference in the world that happens in Denver every February, as well as at least a dozen blockchain-specific technology development companies that are in Colorado. We also have basically an unknown set of either proof-of-work or proof-of-stake validators in the state, as well, for blockchain.

So by doing things like saying the state of Colorado will accept taxes in cryptocurrency, that may not be a big deal for the average person. Even the average cryptocurrency holder is like, I own cryptocurrency, I’m probably not going to pay my state taxes in the crypto because I’m hoping that it will appreciate more than the dollars will. But for companies that are crypto native companies that do the majority of their business using cryptocurrency, it’s very compelling because that eliminates one point of friction for their business, which is having to convert between US dollars and cryptocurrency when they transact with the state for either. their taxes or permits and fees, or whatever the case may be.

So I do feel like opening that door and not just saying but showing that Colorado is a technology-forward state and we embrace those new technologies does help bring start-ups and enterprise outfits alike to the state.

What’s an example of potential blockchain use by the state?
Let’s talk about smart contracts. Colorado has some very interesting and confusing laws around water rights, including how those rights can be transferred from individuals that are older holders of the rights down to more junior holders. So in instances like that, where you have codified into law what that contract looks like, but it’s currently only being enforced through personal interactions between people and signing documents, you can accelerate the process by which a senior water rights holder grants a portion of their rights to a junior water rights holder. Because it literally has to go through every single water rights holder in between those two – everyone needs to be on board with that same transaction, they need to know that it’s happening and agree to it. So if you can get those sign-offs electronically and in a way where you do not have to trust the person is who they say they are, you know that they are because that’s being enforced through the smart contract, then the smart contract can just cycle that all the way through and get things done in a much, much shorter period of time. So it’s really about transactional efficiency with that transparency and trust.