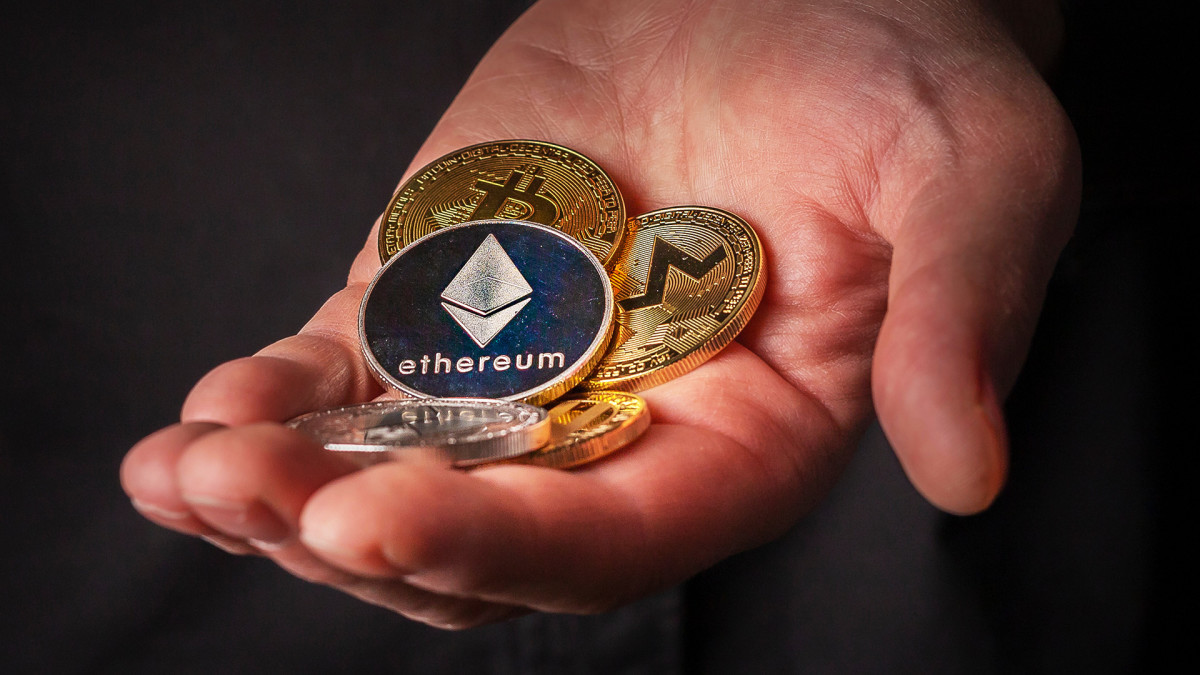 “What have you learned, Dorothy?”

The Tin Woodsman puts that question to our heroine, Dorothy Gale, in the closing moments of “The Wizard of Oz” just before she clicks her ruby ​​slippers back to Kansas.

Keep in mind, this young lady and her entire house were whisked away to a strange land of talking scarecrows and cowardly lions, where she had to fend off a wicked witch and her squadron of flying monkeys, all in effort to find a wizard who turned out to be full of hot air.

Cryptocurrency investors lately may be feeling like they’ve been hit by a twister given the market’s recent tumble.

Prices were modestly higher at last check on June 6, with bitcoin up marginally to $ 31,430.96, while ether was essentially flat at $ 1,907.95, according to data firm CoinGecko.

But it has been quite a ride. Analysts at Goldman Sachs said last month that the global market for major cryptocurrencies declined a stunning $ 1 trillion from late last year.

Once considered a safe haven from the stock market, crypto and Wall Street have been moving in the same direction – right through the Haunted Forest.

Social media was flooded with stories of financial ruin and concerns about suicides following the collapse of the stable coin UST and its sister token of Luna.

Lately, however, the tone on Reddit seems to be more philosophical than fearful, with commenters looking for lessons amid the losses.

‘Hope in My Heart’

“Perspective: if many investors were suddenly as poor as I am, the suicide hotline would be posted,” one Redditt posted. “Some people would prefer death over existing as poorly as I do now. And yet here I am, doing my best, plans in my head and hope in my heart.”

“The crypto space has taught me about money management, technology, trading, marketing / branding, networking, culture, scams, information asymmetry etc … and still I keep learning everyday,” another commenter said. “Maybe the real gains are the lessons I’ve learned along the way.”

“Its true and world economics that we just call” the macro “now cause we know so much,” one person responded. “Lmao I knew nothing about the fed / rates / inflation before crypto.”

“it’s always nice to take profits..greed will make you poor most of the time and rich very few times …” one poster said.

“Most of the money I’ve ever lost in crypto I lost on Kucoin, one poster said, referring to the Singapore-based crypto exchange.” The most fun I’ve ever had in crypto was on Kucoin. “

Fear of Missing Out

CEO Johnny Lyu said users were paid back via the recovery of $ 239.45 million through law enforcement and other exchange platforms, and $ 45.55 million from the company’s insurance.

“BTC of course you’d pump a little when I’m due to DCA. FU!” Another commenter said, referring to the long-term strategy of dollar cost averaging, where an investor buys smaller amounts of an asset over a period of time, no matter the price.

“Happens to me every time too,” one sympathetic commenter said. “Then when I pause my DCA for a few days we pump extra hard causing me to fomo in near the top.”

Ah, yes, FOMO – fear of missing out – that nagging feeling where you’re convinced that others are having better experiences than you.

Studies have found that FOMO leads to extreme dissatisfaction and has a detrimental effect on physical and mental health.

A 2013 report appearing in the journal “Computers in Human Behavior” said that FOMO was “robustly linked to higher levels of social media engagement.”

“One of the most difficult thing in a bear market is to do nothing and not FOMO until a real trend change,” one Reddit comment read. “Do not fomo into alts here.”

After all, the Wicked Witch was always looking at others through her crystal ball and she ended up melting. What a world!

As for Dorothy, it turned out that she had the power to go home any time she wanted, but Glinda, the good witch, said she had to find that out for herself.

Perhaps there’s a lesson in that for crypto investors.

Of course, there’s still plenty of snark and hard feelings out there in the internet.

“Love when bulls have a glimmer of hope before the massacre,” one Reddit commenter said. “Makes the death all the sweater.”

“i periodically check cryptocurrency prices now for the schadenfreude of watching it fall and I’m afraid google’s going to start thinking i’m into crypto,” one person tweeted.