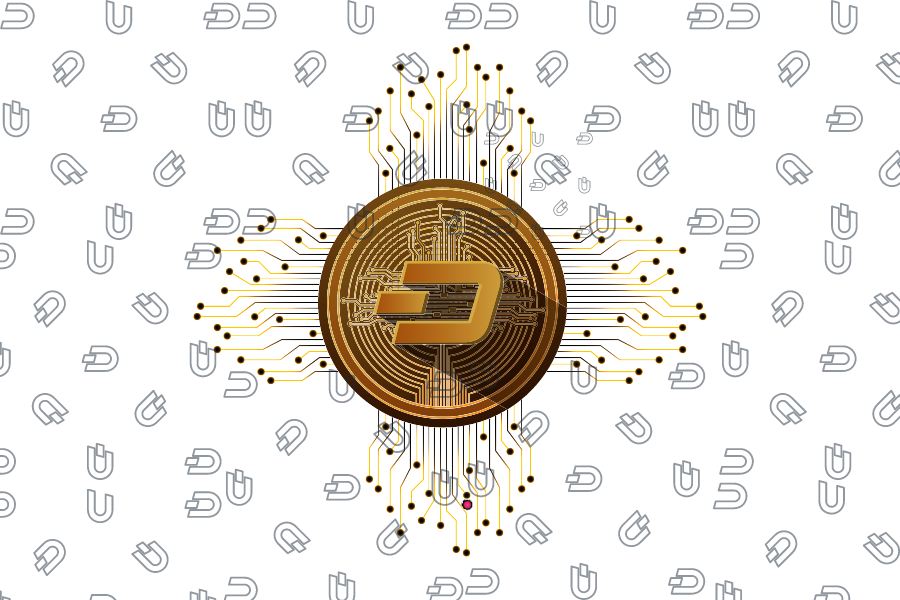 This digital coin puts together a string of daily gains brought back to life a Dash price prediction shared early on. Dash price has continued to run higher since the start of the year, weathering the setbacks launched by a bearish season reasonably well and attracting investors.

At the time of making this Dash coin price prediction, Dash was trading at $ 130.28, according to data by CoinMarketCap. The market cap of the Dash at this price hovered around $ 1.4 billion, fully diluted to nearly $ 2.5 billion.

Since its launch, Dash has been the cryptocurrency for fast and safe payments. The digital currency feels close to using a credit card to make purchases online and in-store and a debit card for making withdrawals at your local ATM.

Millions of users later and billions in value exchanged every day. However, Dash has grown to be so much more. Its app is sewn into the fabric of online payments having connected brands and businesses to its digital currency – the building blocks of a bullish Dash crypto price prediction.

Recent price action is always a good indicator of the most likely moves of a coin. This section considers the recent Dash coin price history to identify strength, opportunity, and weakness levels to identify a pattern and act on the best possible Dash price prediction.

A premature analysis of the recent price movements reveals that Dash crypto has confirmed the likelihood of a solid breakout in the coming weeks. Dash price set up at least three lower highs and lower lows in a four-week timeframe, which, when connected using trend lines, forms a falling wedge.

This Dash price prediction technical formation is bullish and forecasts an upswing with the potential of making up to 30% gains in the coming weeks. Identifying this Dash coin price prediction helps add the distance between the first swings high and low.

From the onset, it is clear that Dash will face minor blockades but is eventually going to reach its target. Even though Dash broke out of its patter in mid-March, it took its time to confirm the breakout by retesting the upper trend line of the falling wedge.

The confirmation passed with flying colors, sending Dash to explode by 10% before plunging to where it is currently testing support. After that, Dash investors can expect the coin to change fortunes and attempt a recovery to $ 156.52, a liquidity poo of buy-stops.

Clearing this hurdle will open the path for validating a Dash coin price prediction to $ 170.25, the forecasted level. Traders can expect Dash price to form a local top here, but if bullish actors continue to FOMO in, there is a solid chance this upswing could extend to the next hurdle at $ 185.24.

While things are indeed looking up for Dash crypto price, a move back from the current level will denote that buyers are losing ground and ceding to bears. A daily candlestick formation below $ 88.64 and $ 83.27 will create a lower low and invalidate the bullish Dash coin price prediction thesis.

For a realistic view of this Dash crypto price prediction, let us consider the opinion of pro-traders, influencers, and forecasting systems to gauge the overall market attitude towards Dash. Here are some of the popular Dash predictions:

TradingBeasts Dash coin price prediction sees the coin at an inflection and hints at the potential of a 25% upside with the likelihood of testing $ 155.44 included in the Dash price forecast for March – April. For some time, Dash could showcase strength but fall to the bear’s sword and head to $ 124.36.

Long Forecast has noted the attempt to mount a recovery, forecasting the move is likely to go as far as testing $ 214 by April before this Dash price forecast for March – April sees the coin being unresponsive. The correction, however, could settle in around $ 152.

Dash Price Forecast for the Rest of the Year

WalletInvestor predicts Dash catching its breath before setting up another stab for Dash price prediction at $ 155.34. However, as bulls revisit this level, this Dash price forecast for the rest of the year warns of a lack of momentum after the rally, resulting in a correction.

DigitalCoin determines that Dash needs a breather before bulls mount a massive effort to establish a strong rally with upside potential capped at $ 180.70. According to the Dash price forecast for the rest of the year, the downward movement shows signs of exhaustion.

Dash Price Forecast for the Next Year

Gov.Capital is bullish on Dash crypto price prediction, eyeing up to 60% gains as Dash bulls take control after finding stable support. This move could kick-start a recovery based on the following year Dash price forecast with a massive upside potential that could hit $ 304.27.

PricePrediction predicts Dash coin price will revisit $ 130.07 to $ 133.98 level before bulls make a strong comeback that could surpass Dash price forecast for the next year from 2021. The upswing signal is bound to more gains based on the forecast soon.

Michael Cluster’s Dash price prediction hints that the coin could explode, but the upside limit is $ 133. This prediction will be validated provided Dash confirms support at $ 104 and Dash manages to flip through vital hurdles and readies for more gains.

Khan hints at the exact bullish Dash coin price prediction, predicting an explosive move could soon happen under favorable conditions and ready for massive gains. Even though the downward move has further delayed the explosion, a move on $ 133 is likely in the coming weeks.

The Dash Core Group is pursuing an ambitious plan to establish its place as a market-leading crypto application. With the release of Dash Platform v0.17, the group is looking to demonstrate the quality of its user experience and application of its currency to everyday transactions.

A new version of the DashPay for Android and iOS will follow the successful deployment of the testnet and usher users into the new world of Dash crypto. These initiatives highlight how Dash can operate virtually indistinguishable from centralized currencies.

Some of the best exchanges where you can trade Dash are:

Value is currently a solid A, and Dash is increasingly looking like an alphabet even in a bear market. The median Dash price prediction is bullish, given that Dash is having a good run even as BTC sinks and averages better results than most of the market.

Note: This post was originally published on 13 July 2021 and has been totally updated for the completeness and veracity of the content on 24 March 2022.

Notice: The information in this article and the links provided are for general information purposes only and should not constitute any financial or investment advice. We advise you to do your own research or consult a professional before making financial decisions. Please acknowledge that we are not responsible for any loss caused by any information present on this website.