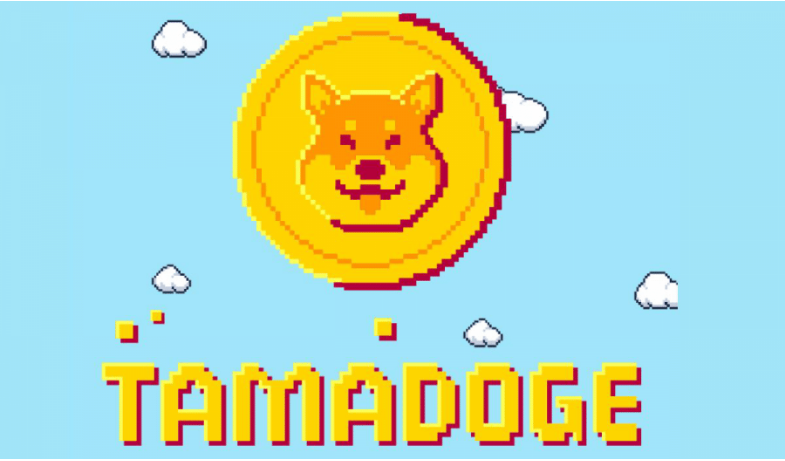 Dogecoin and Shiba Inu are the world’s most famous and traded meme coins. They were initially launched as a joke, but over time, both reached the top 15 cryptos by market capitalization. Elon Musk played a significant role in the meme token growth. He mentioned both cryptos on his Twitter account, which resulted in a considerable increase in daily trade volumes and value.

Dogecoin is currently ranked 10th, while Shiba Inu is the 12th highest-ranking crypto on the markets. They held their spots for a long time, but both tokens will lose their top spots shortly due to a lack of utility and a rising new meme coin project called Tamadoge.

SHIB and DOGE are rare tokens that have experienced growth in the past week or two. Bitcoin, Ethereum, and many other altcoins are on the down, while meme coins are growing steadily. Both meme tokens are still considered suitable investments, but they will likely lose their positions among the top cryptocurrencies on the markets soon.

The lack of utility and features slows down meme coin growth and threatens to put both projects out of business. For example, Polkadot is only 600 million dollars behind DOGE in total market cap. However, unlike DOGE, Polkadot’s DOT token has much better utility. It’s widely accepted as a payment option across numerous Polkadot projects, and many others are in development. Dogecoin reached the top 10 cryptos after Elon Musk accepted the token as payment for his companies. That may have worked a few years ago, but not anymore.

Shiba Inu is also going through some massive changes at the moment. The meme coin project is doing everything possible to increase token utilization. Shiba Inu is currently working on their own metaverse called the Shibaverse and a native token exchange called ShibaSwap. However, until these new features become available, SHIB will likely lose its place to DAI or Polygon blockchain. DAI might increase capitalization as investors diversify their funds to smaller altcoins, and Polygon has been adopted by Disney for all future dApp creation and blockchain projects.

These issues pressure the world’s most popular meme coins, but that’s not all. There’s another meme coin project about going live in the next few months. The project is called Tamadoge and will likely become the new King of Memes as soon as it’s released.

Tamadoge – The New King of Memes

There are a ton of meme coins on the markets, but all of them share one common feature – poor token utilization. Well, the newest meme coin project, Tamadoge, aims to change that forever. Tamadoge is the first meme coin project set in a metaverse, with advanced features such as a built-in NFT store, mintable NFT pets, and Play-to-Earn mechanics.

The platform’s native token, called TAMA, is used for all transactions within the Tamaverse. It has a diminishing supply, as 5% of all used tokens will be burned at the end of each month. In other words, the starting 2 billion tokens will start being burned from day one, helping drive the value of the tokens higher. One billion tokens are available in presale, while the rest is locked to provide liquidity.

Tamadoge is built around the play-to-earn mechanics, and as players win games and complete challenges, they win Dogepoints. The players with the most points at the end of each month get TAMA coins as rewards. 65% of all TAMA tokens used within the Tamaverse are sent to the prize pool and distributed back to token holders. As you can see, Tamadoge aims to raise the bar for all other meme coins on the market by adopting modern blockchain features and bringing meme coin utility to a whole new level.

The TAMA token presale is still active until September 2nd. It was supposed to be open until mid-October, but it’s going much much better than expected. Tamadoge has already hit its $ 2 million mark, but the interest is still growing steadily. The tokens are currently available for $ 0.03, and their price will increase after every 100 million tokens sold.

You can still get TAMA tokens at a discount, and if you invest at least $ 100, you can enter the $ 100,000 TAMA giveaway. TAMA tokens will likely gain at least 25% on release day, but most experts expect to see 100x gains or higher once the project goes live.

How to Buy TAMA?

Although the Tamadoge presale started only recently, investors worldwide have already done their part to capitalize on this incredible investment opportunity.

Check out this guide if you want to become a Tamadoge community member and potentially get rich by investing in Tamadoge. The step-by-step guide will explain each process in great detail, so make sure to read it carefully.

Once you complete all the steps, you’ll be a proud owner of your first Tamadoge token.

If you do not already have one, you first need to create a crypto wallet to buy Tamadoge.

Most wallets are simple to create and are completely free. With that said, we recommend that you go with MetaMask since it includes multi-chain support.

You can buy TAMA coins only through Ethereum (ETH) or Tether (USDT). Both of these cryptos can be acquired through the major crypto exchange platform.

However, you also have the option to purchase ETH directly via credit / debit card on Tamadoge’s official presale platform.

After you buy ETH / USDT, transfer the tokens into your crypto wallet.

Go to the official Tamadoge website and press ‘Buy.’

Next, click on ‘Connect Wallet’ and pick your wallet provider. You’ll see a bunch of instructions pop up; follow them to finish the connection process.

Type in the exact amount of TAMA coins that you want to buy (the minimum is 10,000) and press ‘Convert ETH’ or ‘Convert USDT.’

Double-check the information you entered and confirm the transaction if everything is correct.

Lastly, all that’s left for you to do is claim the Tamadoge tokens.

But, you should know that the ‘Claim’ option will be available only once the presale ends.