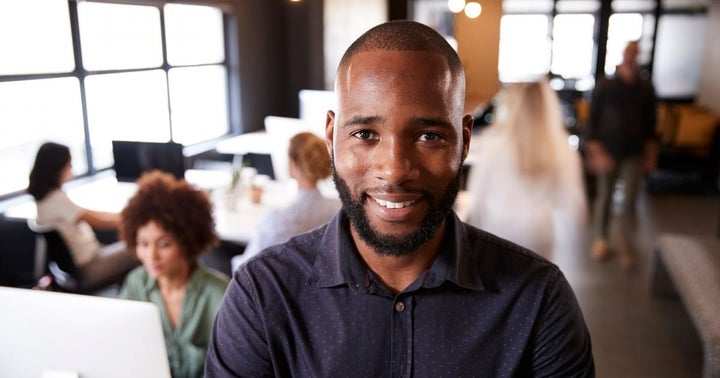 Global demand for early stage funding, and the urgent search by investors for ‘the next big thing’, has created the biggest explosion of wealth creation in history.

But only for the elite few.

The truth is that the rich are getting richer, and the vast majority of people who would benefit most from being able to participate in the early stage funding market – ordinary people with great ideas, and those with the funds to bring them to market – just don’t get a look in.

Dacxi Chain tokenized global crowdfunding aims to change all that.

The idea for the Dacxi Chain began with a very simple premise; fairness.

Today, far too many people are being left out of the early stage funding process – on both sides of the equation. Innovators and entrepreneurs on one hand, and investors on the other. They both find it much too difficult to connect, despite a strong desire to do so. That’s simply unfair.

What’s more, the early stages of product development and marketing are when a majority of investments experience hyper-growth in value. These are the opportunities everyone is looking for, but very few are getting the chance to grasp. This is stifling economic growth and wealth creation for millions of people all over the world.

In purely economic terms, the present system of innovation funding is inefficient. And for the free-market economists among us, that’s anathema. There are many artificial barriers in place that prevent the natural intersection of sellers (entrepreneurs) and buyers (early stage investors).

But by using tokenization and other tools and technology, the Dacxi Chain aims to allow innovators to easily and efficiently connect with a massive new pool of early stage investors. No matter who they are, or where in the world they’re based.

Let’s take a look at the entrepreneur side of the early stage funding equation.

Solving the funding problem for entrepreneurs.

Entrepreneurs are the future. There’s no doubt they will change the world. If they’re properly funded and free to innovate, they will provide brilliant solutions to almost any problem you can imagine. Improving lives, delivering equality, creating wealth and distributing it fairly.

But there’s a problem with that vision. The innovation funding ecosystem we have now is biased and broken. Dacxi estimates that at least one million worthwhile projects a year are being lost to the world due to a lack of adequate funding.

Despite the endless publicity about the businesses who do receive funding, it quickly becomes clear that those being promoted are just a tiny fraction of all the deserving companies out there. For every funded company we hear about, thousands are going begging. There are three key issues that today’s entrepreneurs face:

A major problem with the current funding system is getting from Seed to Series A stage – also known as Early Stage. At this stage, success cannot be guaranteed with any confidence, and companies might need up to $ 10 million to take it to the next level. Investing at this point is high risk, but it also where the opportunity for hyper-growth in value lies.

While there’s a lot of buzz around Early Stage investment, there are actually only a few places in the world with effective ecosystems; Silicon Valley, New York City, Shenzhen and Shanghai. The rest of the USA struggles, the rest of China struggles. Even those established ecosystems are beginning to struggle, as many entrepreneurs trying to raise Early Stage capital in Silicon Valley will tell you.

Worse still, entrepreneurs in proven innovation centers like Oxford, London, Singapore, Sydney, and Stockholm laugh at the notion that there’s plenty of Early Stage funding available. There’s funding – but only for those who are already successful.

Now imagine what it’s like for entrepreneurs outside of these centers? Or in any one of thousands of other cities and towns in the world? For 99% of the world, getting the right amount of Early Stage funding is a practical impossibility. And that’s a massive failure of the current system. Because there are just as many great ideas and entrepreneurs in Scotland, Chile, Adelaide, Vietnam, Delhi, Estonia, Uganda, Turkey as there are in New York or Shanghai. What if a great team in a developing nation could get the same level of funding as someone in Silicon Valley? Innovation all around the world would explode.

Due to their resources and investment savvy, Early Stage funding is dominated by wealthy angels and venture capitalists. Their funding powers innovation, yet given the potential size of the market, their powers are limited – as they only tend to invest in later stage opportunities with higher success rates.

Governments invest in Early Stage ventures because they know how necessary innovation funding is. However, the presence of government investment is the clearest possible indication of how dysfunctional the current Early Stage funding model is.

Now let’s consider the investor side of the equation; the early stage investor.

The public (AKA the crowd) is the largest source of speculative capital. But right the public is attracted to gambling, instead of commercial Early Stage investing.

Early Stage investing would be a much more constructive outlet for their desire to risk their money in the hope of high returns. But currently, their options for doing so are limited.

‘A mechanism that enables broad groups of investors to fund startup companies and small businesses in return for equity. Investors give money to a business and receive ownership of a small piece of that business. If the business succeeds, then its value goes up, as well as the value of a share in that business — the converse is also true. ‘

Product crowdfunding on platforms such as Kickstarter and Indegogo are well known in many countries. The first known equity-based crowdfunding platform was launched in 2007 in Australia, called the Australian Small Scale Offerings Board (ASSOB). Since then the idea has expanded to Europe, North America and Asia. But it has never really taken off. Why?

Unfortunately, crowdfunding hasn’t captured the imagination of ‘the crowd’. Cambridge University’s Alternative Investment Center estimates that annual crowdfunded investment is less than $ 10 billion worldwide. Contrast that to the $ 1 trillion that IBM believes that this sector could be worth, and two things become clear: the scale of the problem, and the immense potential of the Dacxi Chain to solve it.

Dacxi believes the current crowdfunding model has five main flaws: No Buzz. Equity Crowdfunding is boring. It is not considered exciting enough to attract mass speculation by the crowd. But as we’ve seen in crypto, when the FOMO buzz hits, the public loves investing in speculative ventures.

1. Deal Confidence. Crowdfunding is ‘funder-centric’, not ‘investor-centric’. The deal is selected by the platform who is paid by the funder. Due diligence by the investor is effectively impossible. Unless the investor understands the industry, the investment is purely based on blind trust. Also, the majority of investors struggle with the concept of ‘share investment’.

2. Weak deal flow. There are not enough deals in the industry to attract a crowd large enough to create the buzz necessary to appeal to investors.

3. Limited Crowd Reach. Crowds are localized to a region or country. This means the ‘crowd’ isn’t big enough or active enough to attract the deals that will create the FOMO buzz vital for speculation.

4. Poor Liquidity. It’s too hard for investors to sell fast enough if they want to.

These flaws mean that Early Stage equity crowdfunding has not realized its incredible potential. But all that could change with the Dacxi Chain.

With these benefits and the scaling strength of crypto, the Dacxi Chain global tokenized crowdfunding system will help entrepreneurs raise more money, more quickly – from the right investors, from anywhere in the world.

Sitting in the world’s first Token Summit in New York, after the Consensus conference in May 2017, Dacxi’s Founder immediately saw tokenization’s potential to solve crowdfunding’s biggest issues. That insight grew into the Dacxi Chain.

The Dacxi Chain is a unique global tokenized crowdfunding system. It uses blockchain technology to overcome the flaws of the current Early Stage funding system, and deliver innovation funding unlike anything we’ve seen before.

Currently, under construction, the Dacxi Chain will sit on top of a global network of local Crypto Wealth platforms, run by locally licensed companies. These carefully selected licensees will provide deal evaluation, due diligence, investor support and token exchanges. They will all be linked by a global technology platform, running on the Dacxi Blockchain.

The Dacxi Chain is a simple and elegant solution to the problems of Early Stage equity crowdfunding. It’s blind to race, color, culture and location. It brings fairness and equality to the potentially vast global crowdfunding market – a market that, if operating efficiently, IBM estimates to be worth $ 1 trillion. To achieve this, crowdfunding needs to be opened up to the millions of people all over the world – entrepreneurs and investors alike – who desperately need it. Tokenization is the way to do it. And Dacxi believes that the Dacxi Chain is the key to making it happen.

For the latest information on Dacxi Coin and the Dacxi Chain, visit dacxicoin.io. You can download the Lightpaper, and join the Dacxi Coin telegram community. For media inquiries, please contact [email protected] You can also check out the latest Benzinga Dacxi Review.