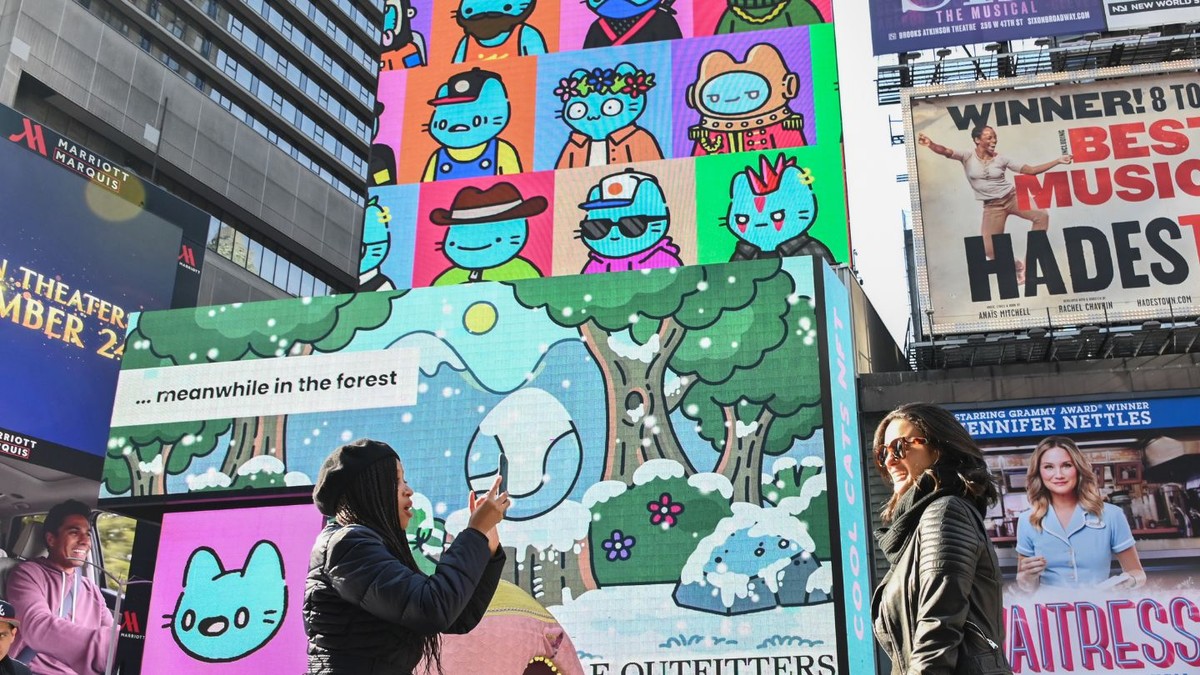 When you’re a top executive at the most popular NFT marketplace, you are automatically privy to information about key decisions that impact the price of NFTs. But if you trade on that non-public information, the Department of Justice will charge you in connection with an NFT insider trading scheme, as OpenSea’s former head of product Nate Chastain found out this week.

In a series of alleged insider trades last year, Chastain made a total profit of 18.875 ETH, or $ 33,200 in today’s value. Now, Chastain has been arrested and faces decades in prison on charges related to what prosecutors called insider trading.

The reaction among crypto investors was largely characterized by surprise, and an acknowledgment that trading on insider information (considered by some to be A-OK in private markets) is rampant in the space. “Bro they are prosecuting insider trading on NFTs. we’re all fucked, ” said one pseudonymous user in reply to a tweet about the case by Steven Zheng, director of research at The Block. “This is pretty shocking. I can not imagine any NFT or DeFi developer does somehow profit from insider trading, ” said another.

Of course, not every NFT investor sees this kind of activity as acceptable. Traders themselves first brought Chastain’s activity to light in September using blockchain records. A pseudonymous NFT trader, who goes by Zuwu, pointed out those tradeswhich were easily traceable to Chastain’s publicly-known Etheruem address.

Unlike Chastain, other NFT traders involved in potential insider trades are often too careful to leave traces. When they do, blockchain sleuths are quick to uncover those signs of unsavory behavior and call them out — a recent phenomenon that attempts to bring some justice to an otherwise permissive market.

As a result, that surprise move by the DoJ has NFT traders wondering what’s on the horizon for this largely unregulated industry.

“Insider trading is a pretty common problem in the NFT space, especially in the case of hyped-up NFT collections as lots of stuff on the market is being driven by FOMO,” Fedor Linnik, an NFT trader and creator, told Motherboard.

He has been victim to NFT scams and thefts himself, he said, and exposed some; last year, he uncovered that Fame Lady Squad, a $ 1.5 million “female-led” NFT collection, was actually run by a bunch of Russian men. And yesterday, he had his NFT project, called Goblin Asses, stolen in its entirety while it was in a test run.

Linnik said that he believes insider trading usually happens in projects with 10,000 profile picture-style NFTs, the most popular genre of NFTs. Although the first buyers of a new NFT collection (an activity known as “minting”) can not tell what their NFT looks like or what rarity traits it has until the reveal, developers will have that information. The reveal can happen hours or days after the project fully mints out, but unrevealed NFTs are often traded on secondary markets. Creators who know which unrevealed NFT is more rare (and therefore more valuable) often buy them off the market with anonymous wallets to sell the revealed version later for a profit, Linnik said.

“It’s rather an annoyance than an existing threat. [to the NFT space]. But it’s a solid enough reason to make [a] project sink, ”he said.

Even rumors can be enough to scare investors away — in October 2021, a Twitter user who goes by MOLOTOV accused one of the team members behind an NFT project called MekaVerse of trading on inside information and the project of being “rigged.” The accused team member denied the insider trade allegations, but the drama pushed the floor price (the lowest asking price in the NFT collection) from 7 ETH to 2 ETH as investors went on a panic sell spree, undercutting each other in price. The project currently sits at 0.259 ETH floor.

Pio Vincenzo, another NFT trader, said that he thought “we’d get much more panic, to be frank. But instead everyone is just dumping money into Goblintown, LOL. ” Goblintown, a new NFT project, and its derivative projects currently dominate the NFT market, accounting for almost half of all the trade on OpenSea.

“I’m personally not worried about it at all, because I have nothing to hide as I only lose money trading NFTs … Kidding, but in all seriousness, I think NFTs are still so far from serious regulation. Market participants that are acting ethically have nothing to worry about, and this is the vast majority of the space, ”he said.

The government reference to this as an insider trading case is “somewhat misleading,” according to JW Verret, a professor of securities law at George Mason Law School.

“This is not being brought as an insider trading case, it’s a wire fraud case. Yet the government misleadingly describes this as insider trading because they know that buzzword will generate headlines, ”Verret told Motherboard. He called the case “a stretch for a wire fraud claim,” and added, “if it goes to a jury they will wonder why they should care whether someone traded jpegs ahead of them being moved around on a webpage.”

For now, NFT trading activity seems unfazed by the DoJ move. “I think we’ll get a REALLY BIG version of this story in the future, and THAT will be the story that leads to a serious — but short-lived — market dump,” Vincenzo told Motherboard. For some NFT traders, that “big version” is about NFTs potentially getting declared unregistered securities, a gloomy prospect and a reminder of the SEC’s crackdown on Initial Coin Offerings, a once-popular way of raising project funds from retail investors by issuing and selling. tokens.

“The FBI is not actually arresting Nate on insider trading charges. The concern from NFT traders and projects is if they do, it would mean the US has to prove NFTs are classified as securities, ” Loopify, the pseudonymous founder of NFT project Treeverse, told Motherboard. That would be terrible for the NFT space, affect 99 percent of projects “and most likely create a prolonged bear market,” he said.

Despite saying Chastain’s actions were “in violation of our employee policies and in direct conflict with our core values ​​and principles,” OpenSea has attempted to thread a needle where it’s still not insider trading. Commenting last year prior to this week’s DoJ charges, CEO Devin Finzer dismissed the allegations of insider trading, saying “We do not view NFTs as financial assets, so that does not apply. That’s a very specific term for a very specific thing. “

Insider trading is typically associated with securities law, which governs stocks (among other assets). But the DoJ’s case against Chastain shows that insider trader allegations can also be raised outside of traditional securities, especially in a broad context like wire fraud, which deals with all cases of potential fraud committed via telecommunications including the internet.

Former SEC attorney Tuongvy Le, who is now partner and head of regulatory at Bain Capital Crypto, told Motherboard that this wire-fraud case is “unprecedented” in that it applies a “misappropriation theory” where there’s no security, and it does not also charge securities fraud. If successful, the case would “allow the criminal authorities to essentially treat NFTs and crypto like securities without ever having to prove that they are,” she said, adding that the same approach could be extended to cases beyond NFTs and crypto.

“If I worked at a museum and had non-public information they were about to announce a retrospective on a particular artist, and I went out and bought works by that artist from sellers on the internet, and the price of that art goes up after the retrospective is announced, could I be charged under the federal criminal wire fraud statute? ” she said. “I do not know how much precedent there is for this, but the point is that this case has implications for not just the crypto community, but for those who have access to non-public info in general.”

The court has yet to rule whether Chastain’s trades amount to fraud involving an insider trading scheme. Regardless, Jacob Robinson, host of the Law of Code podcast, told Motherboard that since there is no “black letter law dealing with NFT trading,” the best approach to adopt is the “front page test. “

“If you wouldn’t want something broadcast on the front page of the newspaper, don’t do it,” he said.