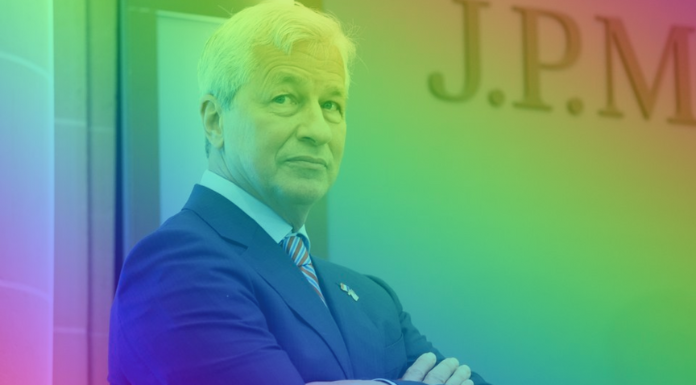 Despite the CEO’s viewpoint, the multinational investment bank provides some crypto services to customers. Recently, it vowed to continue offering such options even though the bear market has diminished some of the investors’ excitement in the field.

JPMorgan’s top executive is known as one of the biggest critics of the cryptocurrency sector, particularly bitcoin. Over the years, he has labeled the asset “worthless” and has warned investors to stay away from it.

In a recent appearancethe 66-year-old banker doubled down on his adverse stance, calling it and other cryptocurrencies “decentralized Ponzi schemes:”

“I’m a major skeptic on crypto tokens, which you call currency, like bitcoin. They are decentralized Ponzi schemes. ”

He went further during his bashing fest, arguing that criminals use digital currencies in illicit operations, including money laundering and sex trafficking.

While there’ve been many similar accusations from prominent figures, especially from the banking sector, the evidence still points to other directions. Multiple banks are being sanctioned for involvement in money laundering on a massive scale, while the blockchain tech behind every crypto asset, including bitcoin, is totally transparent, allowing everyone with access to the Internet to trace them.

Cash remains the most used way wrongdoers conduct drug deals and other affairs. Some studies estimate that between 34% to 39% of all currency in circulation is employed in such activities.

Despite Dimon’s adverse opinion on bitcoin, he is not such a critic of blockchain technology and stablecoins. In his view, those could provide benefits to the financial system assuming there are comprehensive regulations applied.

Several months ago, the executive praised blockchain and decentralized finance again, saying these technologies are “real” and can be “deployed in both public and private fashion, permissioned or not.”

Last year, the Wall Street behemoth granted its wealth management customers access to six cryptocurrency funds. Four are from Grayscale Investments, and one is part of Osprey Funds. The sixth is a bitcoin fund developed by the technology and financial services firm New York Digital Investment Group (NYDIG).

At the beginning of 2022, JPMorgan outlined quite a bullish forecast on the Metaverse, predicting the sector could become a trillion-dollar market in the years to come.

Earlier this month, the banking giant published a job offer to hire a specialist who could lead the entity’s efforts in the Web 3 and Metaverse field.

Subsequently, JPMorgan outlined that clients have drastically dropped their interest in digital asset services due to the ongoing crypto winter lately. However, the firm vowed to keep providing such options to those willing to delve into the matter.

This article was aggregated from: CryptoPotato

Here’s How To Stay Up To Date On Crypto With CRU News Desk!

For the best exchanges, check out our top exchange guide.

Sign up for our bi-weekly newsletter for news and exclusive analysis.

Learn about Bitcoin, Ethereum, and so much more at the CryptosRus Academy.

Stay up to date with George on Tik Tok, Instagram, and his brand new clips channel.