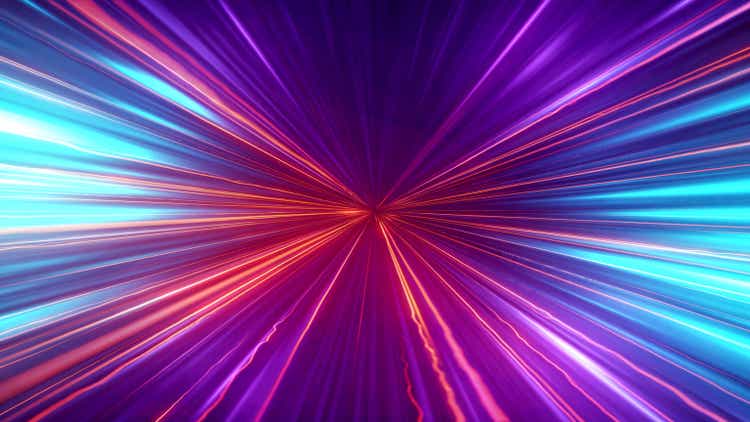 Litecoin (LTC-USD), the faster, cheaper alternative to Bitcoin (BTC-USD) and a bigger brother to most other altcoins, was developed and launched by Charlie Lee in 2011, two years after Bitcoin was launched. Litecoin was one of the first altcoins. It was built from Bitcoin’s source code and is similar to Bitcoin in many aspects, which has led many to call it digital silver.

Litecoin remains one of the few early cryptocurrencies still widely used today. Its low transaction fees and fast transaction confirmation on its blockchain have made it maintain relevance in the cryptosphere. It is built to be a medium of day-to-day, peer-to-peer exchange.

Bitcoin has significant volume, and it is a useful testing ground for Bitcoin applications. Based on this, I believe Litecoin will perform well in the coming years.

Like many early cryptocurrencies, Litecoin uses the proof-of-work consensus mechanism. In the proof-of-work consensus mechanism, powerful computers known as miners compete to add transaction records to a block – records in a blockchain are stored in blocks. In the Bitcoin network, a block is added to the blockchain every ten minutes; after a block is added, the next block needs to wait in a queue for about ten minutes before it is added to the blockchain.

Litecoin, though similar to Bitcoin in most aspects of its core technology, has a block time of only two and a half minutes; This makes Litecoin four times faster than Bitcoin. Litecoin uses Scrypt as its proof-of-work mining algorithm, which requires less energy for mining compared to Bitcoin’s SHA-256 algorithm. Litecoin also uses an open-source full node software called Litecoin Core that validates transactions and blocks on the Litecoin network.

A photon is the smallest unit into which a Litecoin could be divided; similar to a satoshi, Bitcoin’s smallest unit. 1 photon or litoshi = 0.00000001 Litecoin.

Though Litecoin was one of the earliest cryptocurrencies, there has been some development around the Litecoin project over the years, making it “stand tall” even among newer cryptocurrencies touted to have improved consensus mechanisms. Most of Bitcoin’s development drive is focused on making it a worldwide acceptable payment medium. In order to facilitate this, various improvements have been made.

SegWit & The Lightning Network: Segregated Witness (SegWit) is a technology that was initially designed and proposed for Bitcoin, but it did not get support from the Bitcoin community. However, Litecoin embraced the SegWit technology and implemented it. SegWit paved the way for some new features to be added to Litecoin; One of such features is the Lightning Network.

Until the Lightning Network was developed, cryptocurrencies that run on proof-of-work blockchains always needed a certain amount of time — sometimes minutes, sometimes hours — before transactions were confirmed. This has been a major drawback and has slowed the mass adoption of cryptocurrencies as a payment medium. The number of transactions per second on the Litecoin network increases with the integration of the Lightning Network; Transaction confirmation is also instant. A customer could pay for coffee at Starbucks, confirming the transaction instantaneously.

OminiLite: Lastly, the recent addition of the OmniLite layer is worth mentioning. This protocol allows for the management of crypto assets on the Litecoin network and facilitates blockchain-based crowdfunding. OmniLite can be used to create new cryptocurrencies and even issue NFTs.

Litecoin has a fixed supply of 84 million – only this number of Litecoins will ever be mined. Just like Bitcoin, the Litecoin blockchain also has a periodic halving event. Litecoin halvings are scheduled to occur every 840,000 blocks — which takes approximately four years – until the maximum supply of 84 million Litecoins is reached. When new blocks are added to the network, miners receive Litecoin as a reward. After every 840,000 blocks, the reward received by miners is halved. The last halving event occurred in August 2019, when the mining reward was reduced from 25 Litecoins per block to 12.5 Litecoins per block. The next halving is expected to occur in 2023, when the mining rewards will be further reduced from 12.5 Litecoins to 6.25 Litecoins per block.

Based on the current chart structure, I believe Bitcoin may have struck a long-term bottom. The next move up could take us into the $ 155 range.

The price area above is reached by measuring the length of wave 1 and then taking this measure from the bottom of wave 2. The ideal range for the wave 3 should be the 1.618-2 ext of the wave 1.

Although Litecoin looks good from a charting perspective, there are various reasons why crypto investors aren’t that enthused by this cryptocurrency. For one thing, Litecoin was initially conceived as a faster Bitcoin. However, with Bitcoin introducing its own version of the Lightning Network, we could argue that Litecoin is now obsolete.

Another “problem” with Litecoin is that it uses PoW, which many consider wasteful. Some regulators have even considered banning PoW.

But despite all this, LTC is still one of the largest and most traded cryptocurrencies. Its fast and cheap network makes it an ideal testing ground for Litecoin developers. If indeed Litecoin is digital silver, then there is no reason why it can not coexist with gold, as the two metals did back in the day.

Litecoin is one of the most secure cryptocurrencies and has upheld its relevance for over a decade in the highly competitive, fast-paced cryptosphere. The experience of the developers of Litecoin also makes it a cryptocurrency that could see more quality developments and upgrades in the future.