Moog Mavis Review: The Powerful DIY Analog Synthesizer Your Wallet Has Been Waiting For 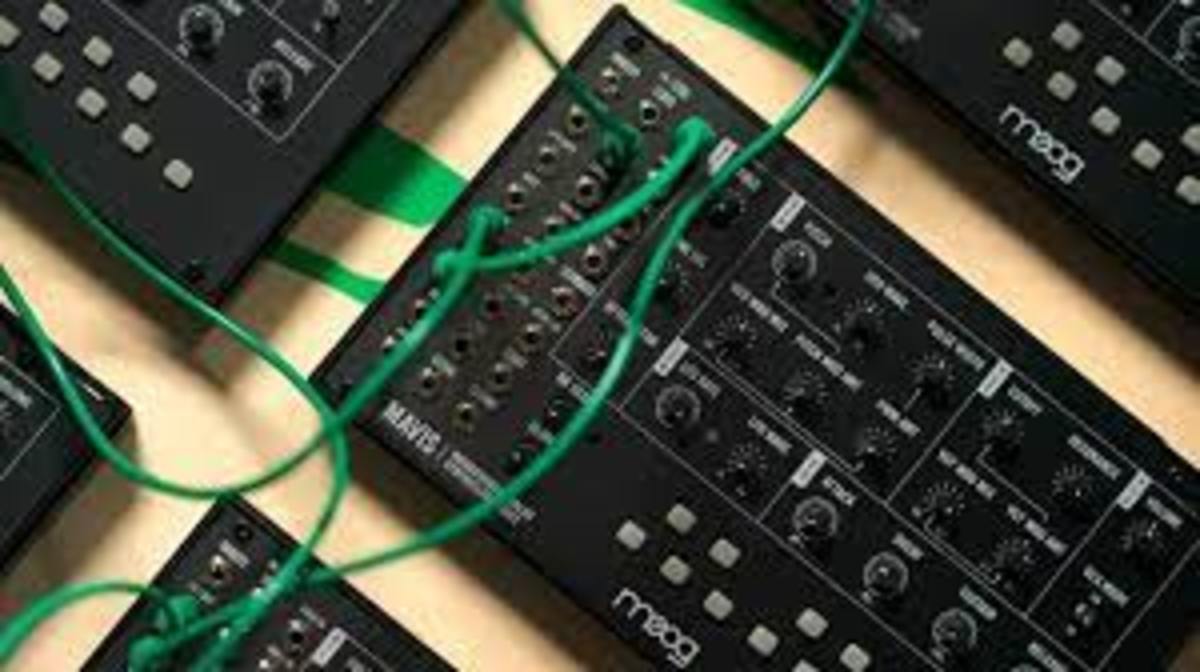 Moog Music has just revealed to the world a fresh new take on the semi-modular synthesizers with the release of Mavis. This new beast of a budget synth packs a heavy punch with a classic Moog sound at a very achievable price point.

Not only does this synth mirror everything Moog is about, but it also stays true to their DIY legacy.

That’s right, it comes as a kit specifically designed to help your understanding of how synthesis works which makes the entire experience more personal.

The release of this powerful little analog synth could not have come at a better time.

With NAMM coming to a close, leaving the fans who could not attend with a lot of FOMO, the emergence of a new Moog product is just the thing every synthesizer enthusiast needed. A far more accessible price point than their most recent releases, it is sure to cause a stir in the analog synthesizer market that is much needed.

When the Moog mavis arrived, I was surprised to find it was a kit synth, meaning I would have to assemble it myself.

It was until I had already begun heating my soldering iron in preparation for the task that I read the manual and realized it required no additional tools.

As a lifelong advocate of tech-driven hardware, I was grateful that Moog made this kit synth more accessible to people who may not have experience working with small electronics.

What Is The Moog Mavis?

To start, let’s go over the look and feel of this analog synthesizer’s exterior.

The Mavis is a flat panel, desktop-friendly, compact, and semi-modular synthesizer. Its slim body comes with a dust protector that clips on snugly, perfect for those who travel with hardware.

The Mavis can be removed from the case and mounted in 3U size cases.

The width of the module is 40hp, a lot less than the previous semi-modular units released by Moog (the Mother 32, DFAM, and Subharmonic, which are a whopping 64hp).

Out of the box, this thing is very Eurorack friendly.

When it comes to the internal hardware of Mavis, it is an analog semi-modular beast of a desktop synth.

It comes complete with a 24-point patch bay and a single Voltage Controlled Oscillator featuring pulse width modulation, waveform mixing between a saw and square wave, and modulation source mixing.

For those who may not understand those terms yet, instead of giving a choice of one or the other when it comes to the outputting sound wave and the features affecting it, it gives you the option to blend between the two choices for even more sonic possibilities. .

Moving on to the rest of the unit, Mavis also includes a -24dB Low-Pass ladder filter. This filter is a classic staple in most Moog products.

Just like in the VCO section, there is a Filter Modulation Mix where you can adjust what signal controls the filter cutoff between the LFO and the Envelope Generator.

The LFO or Low-Frequency Oscillator on the Mavis is capable of audio rates meaning the LFO can reach such a rate that generates an audible frequency above the sub-frequency range.

The Mavis comes complete with a four-stage envelope generator that represents Attack, Decay, Sustain, and Release.

Having four stages allows the Mavis to achieve extraordinary sonic possibilities because it gives the operator more control over the modulation sources.

What Is New With The Moog Mavis?

There are many unique factors to Mavis when compared to its predecessors such as the Moog Semi-modular family (Mother 32, DFAM, Subharmonicon, etc.), but the most important one to note would be the addition of a wave folding circuit.

What is a Wavefolder you ask? Let’s let your friends over at Learning Modular break it down.

Wavefolder is a very specific design of waveshaper that uses a comparator and some other circuitry. What they do is look to see if the wave goes above (or below) a specific threshold. When it does, instead of clipping off the top and bottom of the wave, they create a mirror image of it and reflect that portion of the wave back upon itself, creating more high harmonics and interesting spectra in the process.”

This fresh new circuit has not appeared on any other Moog products to date, adding to the appeal of Mavis and its capabilities.

This feature, along with some other honorable mentions like the attenuator, the multiples, Sample and hold functions, and a playable keyboard of soft gray buttons places the Mavis in a realm of its own.

Is The Moog Mavis Right For Me?

This can be a tough question to answer when there are many unique factors at play for those asking.

For any musician who is interested in exploring sound for any reason, regardless of having a lot or no previous knowledge on the subject, my answer is a very easy YES!

The Moog Mavis is a stunning and capable synthesizer with stellar features that help people new to synthesis quickly understand and utilize their newfound knowledge.

With its Eurorack features and patch bay, it also would make a great addition to anyone’s setup that is looking for lush, beautiful-sounding oscillators that are enhanced by a ladder filter and wavefolders for extra harmonic possibilities.

Wrapping all these features up, you ALSO get to assemble the unit yourself makes Mavis the perfect buddy to traverse the soundscapes with.

On the other side of the coin, there are some limiting features to Mavis that may pose an issue for some users particularly the ones without previously accumulated gear.

Though there is a keyboard on Mavis very similar to the Mother 32, there is no built-in sequencer this time around. While there are ways to sequence the Mavis with external gear via the patch bay, this limits users to physically play the keyboard to hear the adjustments they are making via the knobs. Given its price point, it is easy to understand why they did not include this feature but It would not be a very good review for me not to mention its biggest shortcoming.

But when comparing Mavis to other synths around the same price point there is a lot to cover.

For example, when comparing it to Korg’s Monolog, an analog monosynth released a handful of years prior, there are features on that unit that could have been very useful on the Mavis, such as a sequencer and the ability to save and recall previous patches.

Having already touched on the lack of sequencers, it can be a big deal to musicians when recording to be able to recall sounds made on synthesizers.

With the semi-modular nature of Mavis, there is no ability to do that without taking notes or utilizing printouts from Moog’s website to keep track of patches.

It is debatable whether the challenge of personally keeping track of patches is a good or bad thing but it is a very important note to make in regards to choosing an analog synth.

Moog has made the synth available commercially at the MSRP of $ 349 USD, for any other questions regarding Mavis please visit Moog’s Website.