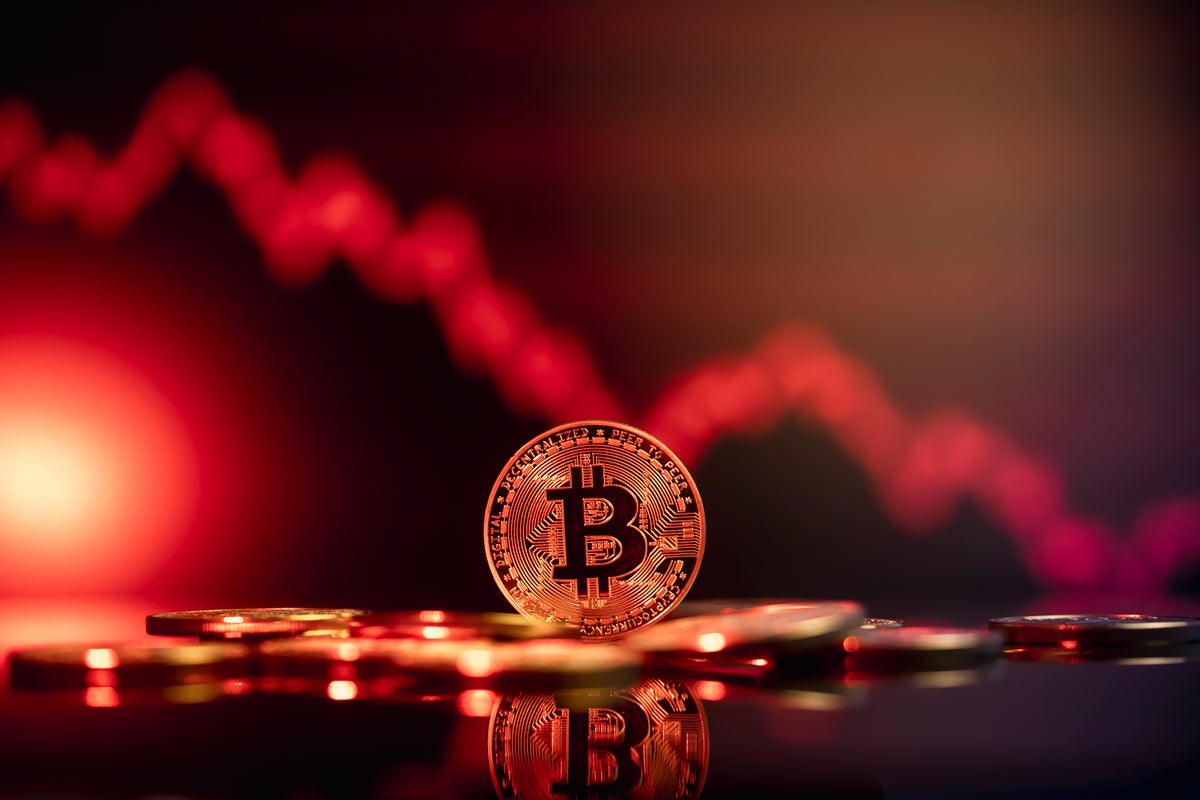 I’m using the words “model” and “nailed” a bit loosely. It was one time, and it was more a logical guess than a prediction, but the method I used in June 2018 to estimate bitcoin’s “value” at $ 3,142 sure was scary close to the actual bottom that it found six months later at $ 3,120.

It’s a process that assesses a moving target rather than purports some mathematical truth. Think less valuation, more trend projection. It’s simple if you accept one big starting assumption: that 90% of non-bitcoin crypto tokens are worthless. With that established, assess the dollar-for-dollar rate at which bitcoin is losing value relative to all other coins, and we can project bitcoin’s value as whatever market cap is left over when all those useless coins are (theoretically, perhaps) at zero .

Here’s how it works today, defining “altcoins” as all non-bitcoin tokens: that market is worth $ 484 billion, down 70% from the high. Bitcoin’s market cap is $ 310 billion, down 74% from its high of $ 1.2 trillion. You might already see where this is going – bitcoin is eroding faster than non-bitcoin. So if 90% of altcoins are worth zero, that implies about a $ 48 billion total true value. If we continue selling off at the current bitcoin-to-altcoin ratio, the implication is bitcoin is worthless; technically negative.

Maybe sounds ridiculous, until you remember that’s what happened to crude oil. The key point of the analysis is that the crypto crash of the past year has hit bitcoin harder than the broad market, and that’s a big difference compared to the bear market of 2018.

That actually makes quite a bit of sense. Bitcoin’s failure is very obvious compared to other crypto assets because most tokens do not even purport to have a purpose other than speculation. The crypto community did, however, spend five years making a specific promise that bitcoin would be an inflation hedge akin to gold. Since inflation bottomed last year, bitcoin’s down 60% and gold is only down 7%. So it’s looking pretty unnecessary.

It also seems reasonable to think the true value of all of crypto might be around $ 48 billion. That’s the size of Nintendo. From what I can see so far, nothing in crypto provides as high-quality a product or service as one of the world’s biggest gaming inventors. To be honest, it seems like an aspirational goal.