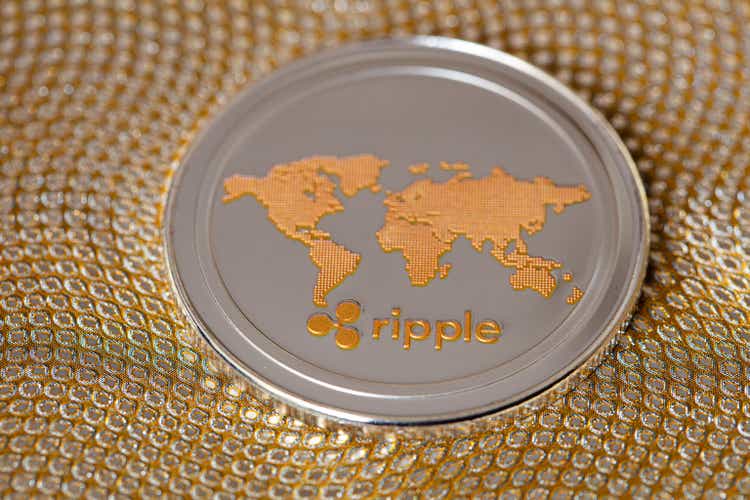 Research in my first article attempts to show there’s not enough real-world adoption to justify a long-term position in Ripple’s XRP token (XRP-USD). But there is a great opportunity to buy during the headwinds from the SEC lawsuit and sell on news of a settlement or legal victory.

In this update, we’ll look at the macro headwinds for crypto, examine the announcements from Ripple’s Q3 2022 XRP Markets Report, and check the latest on the SEC case and when it might be completed.

Exactly like my August update, the lead headline is a catastrophic event – this time the collapse of FTX and the specter of further contagion throughout the industry. The alleged amount of misdealings at FTX is truly mind-boggling and new CEO John J. Ray, who cleaned up the mess at Enron almost 20 years ago, said the following:

Never in my career have I seen such a complete failure of corporate controls and such a complete absence of trustworthy financial information as occurred here, “Ray said.” From compromised systems integrity and faulty regulatory oversight abroad, to the concentration of control in the hands. of a very small group of inexperienced, unsophisticated and potentially compromised individuals, this situation is unprecedented.

If the tragedy of people losing their coins on FTX was not enough, further contagion in the industry is now a legitimate concern. Firms like Voyager (VYGVQ-USD) who were bailed out by FTX after the Terra Luna (LUNC-USD) and Three Arrows Capital disaster must now find new bidders for their assets. BlockFi announced that it is pausing client withdrawals and limiting platform activity. Some believe a bankruptcy filing is imminent.

Cryptocurrency lender Genesis Global Capital has paused withdrawals and loan applications following the collapse of FTX. Since Genesis powers the Gemini Earn program for the Gemini Exchange, the Earn program can no longer honor withdrawals. Coins are flowing off Gemini and other centralized exchanges because users fear assets could be trapped like they are on Celsius (CEL-USD), Voyager, Vauld, and now BlockFi.

In the midst of this madness, the price of XRP has dropped from a high of $ .50 in early November back to the mid $ .30 range. However, it is important to realize all of crypto has been similarly affected. Ripple does not seem to have any exposure to FTX or the related companies suffering contagion.

Ripple publishes a quarterly XRP Markets Report to provide regular updates on the general state of crypto markets and specific news about XRP. In the Q3 2022 Report, Ripple’s XRP holdings were revealed to be below 50 billion coins or 50% of the total outstanding supply for the first time. The company claims the reduced XRP ownership is an indicator that the XRP Ledger is not controlled by Ripple.

There were two announcements about On-Demand Liquidity (ODL).

First was the partnership with Travelex Bank to launch ODL in Brazil, with the beginning step of allowing transactions between Brazil and Mexico. Silvio Pegado, Managing Director of LATAM at Ripple said,

More than $ 780 billion in payments are sent into Brazil annually, making it an opportune market for both Ripple as well as customers who will benefit from the capabilities of crypto to enable cheaper and faster cross-border payments. Travelex is focused on improving global payments and is known for embracing cutting edge technology, making them the perfect partner for Ripple.

“As one of the leading payment institutions in Singapore, FOMO Pay aims to provide our clients with more efficient and cost-effective payment modes in different currencies. We are excited to partner with Ripple to leverage On-Demand Liquidity for treasury management, which allows us to achieve affordable and instant settlement in EUR and USD globally, “said Louis Liu, Founder and CEO of FOMO Pay.

Long time Ripple client I-Remit, Inc. has serviced the remittance needs of overseas Filipinos for two decades. It is now expanding use of Ripple’s ODL solution in order to improve its cross-border treasury flow and move towards real-time settlement.

Unfortunately, the Q3 Market Report did not include any update on RippleNet’s run rate, last projected at $ 15 billion per year. At this volume, RippleNet’s volume is not a threat to the SWIFT network’s huge trillion dollar a day market share and will not be a factor in moving the price of the token.

One thing that should be addressed is the rumor that SWIFT will use XRP. The idea has circulated that the implementation is incredibly hush-hush and until “the switch is flipped” and the network is enabled we won’t hear anything about it.

Possible? I suppose anything is possible. Probable? My estimation is very low. Financial institutions are actually very transparent (and need to be per government regulations) with their plans and directions. I’ve found no evidence that XRP will be used as a bridge currency for the SWIFT network. I’d love to see any credible documentation that indicates the opposite.

But it’s NOT proof to cite Ripple as an ISO 20022 participant, SWIFT as ISO 20022 participant, and then assume that SWIFT must use XRP. Every major financial institution has adopted ISO 20022 in principle and is quickly moving toward implementation. It’s a huge leap of logic to believe RippleNet is involved with every ISO 20022 implementation, or to even believe XRP usage must be implied with RippleNet usage. Crypto influencers make these types of assertions all the time, but the prudent investor must separate wishful thinking from documented fact.

In August, the Federal Reserve Board announced details of the FedNow℠ Service, a new 24x7x365 interbank settlement service with clearing functionality to support instant payments in the US. This is an example of how legacy institutions are upgrading existing payments infrastructure to support near instant payments, which is not a good trend for Ripple.

What’s happening with the SEC case?

In this past quarter, we saw amazing industry support for Ripple against the SEC. Sentiment is also shifting towards Ripple as the probable winner of the case. This is all good news for those holding XRP.

Coinbase (COIN), the largest exchange in the US, filed an amicus brief in support of Ripple.

The exchange highlighted whether the SEC provided “fair notice” prior to bringing its enforcement action, taking a dig at the common industry complaint that the regulator has not provided clear guidance to businesses in the process.

Coinbase joins the Blockchain Association and many other organizations voicing their concerns about the case and showing support for Ripple.

“One of the things you see when you look at these amicus briefs is that some parts are filling in the holes for Ripple and some parts are making new holes in the SEC’s argument.”

Sentiment about the case is rapidly changing as well, with more legal experts and pundits affirming that Ripple has a very real chance to win the case outright.

But despite the industry support, the case could still take months to wrap up. CEO Brad Garlinghouse offered a guess that it could be completed in the first half of 2023. Defense lawyer James Filan predicts that “District Judge Torres will decide both the Expert Motions and the Summary Judgment motions at the same time – on or before March 31, 2023. “

Ripple’s 3Q 2022 report shows notable activity with existing and new clients around treasury management using ODL. In the ill-fated MoneyGram partnership, ODL for treasury payments was actually the only real application for XRP. So perhaps this utility is an emerging use case for XRP.

However, I do not see this changing the long-term prospects for the token.

And until a clear ruling is made regarding the Ripple vs SEC lawsuit, the XRP price will continue to move with the rest of crypto, driven by industry-specific events like the FTX debacle.

I remain open to new evidence for XRP adoption, but for now, retain my conviction to sell my XRP stake when the SEC suit is resolved.