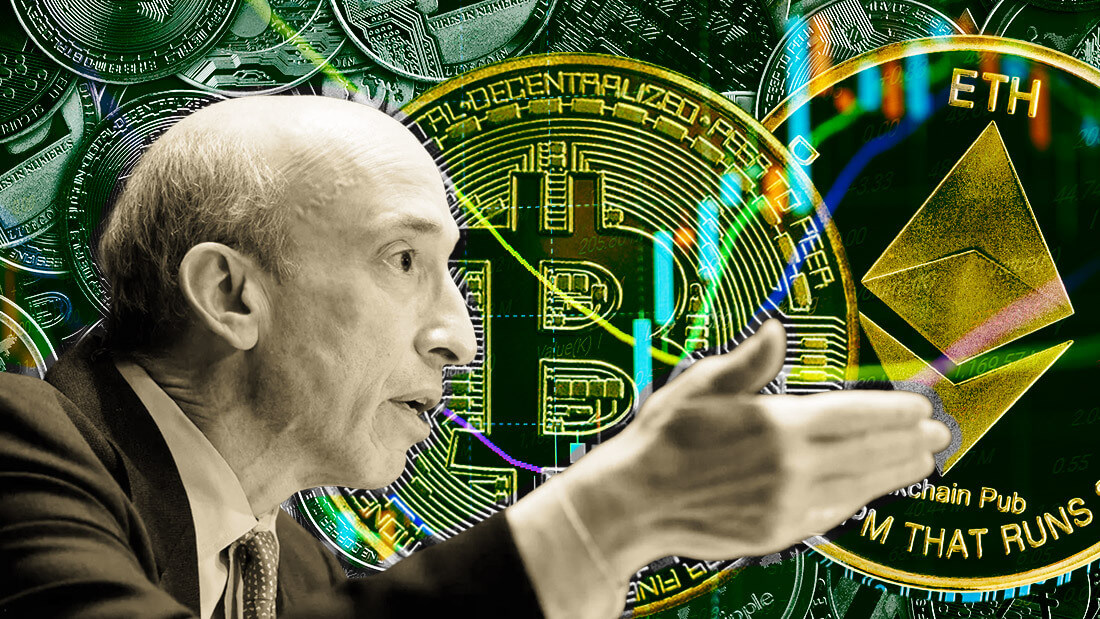 The biggest news in the cryptoverse for Sept. 14 includes Binance CEO Changpeng Zhao’s comments on the MiCA framework, SEC Chair Gary Gensler reiterating his stance on most crypto being securities, and the blocking of Bitcoin wallets linked to an Iranian cybercriminal group.

Binance CEO Changpeng Zhao spoke at the Binance Blockchain Week on Sept. 14, saying that the proposed regulatory framework in the EU – Market in Crypto Assets (MiCA) – was “fantastic” and could be a global standard for crypto regulation.

MiCA’s proposed framework mandates crypto companies to apply for the same license to operate across the European Union. It also restricts access to dollar-backed stablecoins, which Zhao said would be the only thing that could change.

The Securities and Exchange Commission (SEC) chairman Gary Gensler said Sept. 15 that crypto intermediaries, like centralized and decentralized exchanges, would have to register with the SEC.

Gensler reiterated his belief that most crypto assets are securities in his testimony before the US Senate Banking Committee.

The US Department of Treasury detected seven Bitcoin wallets that are linked to members of Iran’s Islamic Revolutionary Guard Corps (IRGC). The IRGC has been launching ransomware attacks against the US since 2020.

The wallet addresses were blacklisted immediately and offered up to $ 10 million in rewards for any information that’ll lead to the arrest of the owners of these wallets.

South Korea released an arrest warrant for Terra Luna founder Do Kwon, valid for one year. Luna dropped by 20% as soon as the arrest warrant was released.

The token had increased by 80% in the last seven days. However, as CryptoSlate data indicates, it fell by 21.4% in the last 24 hours.

A 39-year-old man was arrested in the Netherlands on Sept.6 for allegedly stealing tens of millions of dollars worth of Bitcoin. Even though the Dutch authorities held him only for two days, the investigation revealed new information proving that the man was, in fact, guilty.

It was discovered that the 39-year-old thief laundered stolen Bitcoins through the Electrum wallet. Afterward, he converted these funds to Monero (XMR) using the crypto exchange Bisq.

The New York Museum of Modern art (MoMA) is looking to buy NFTs from the William S Paley Foundation’s auction, according to The Wall Street Journal. The auction will display about $ 70 million worth of art and NFTs.

The Foundation manages William Paley’s estate, and the auction will include 29 of his 81 pieces at the museum, including Pablo Picasso’s “Guitar on a Table” and Francis Bacon’s “Three Studies for a Portrait of Henrietta Moraes.”

Research: Bitcoin may be regaining dominance over altcoins

Even though Bitcoin lost market dominance to Ethereum and all its altcoins, the altcoin cycle signal indicates that Bitcoin might be starting to dominate Ethereum altcoins.

The altcoin cycle signal is a metric that determines the strength of the altcoin market, and it is ranked between 100. When it is below 50, it indicates Bitcoin’s dominance over altcoins. When it is above 50, it tells us that the altcoin season is upon us.

The altcoin signal currently stands at 79, which indicates that the market is in the altcoin season. However, the signal has dropped significantly throughout July and August, which could be a sign of an upcoming Bitcoin dominance.

News from around the Cryptoverse

Apollo Capital’s CIO Henrik Andersson said the time when not investing in crypto will be a “career risk” will come, according to CoinTelegraph.

Andersson said crypto adoption is still in its early days, but it has been picking up gradually.

EDXM said it will provide safe and compliant crypto trading through trusted intermediaries.