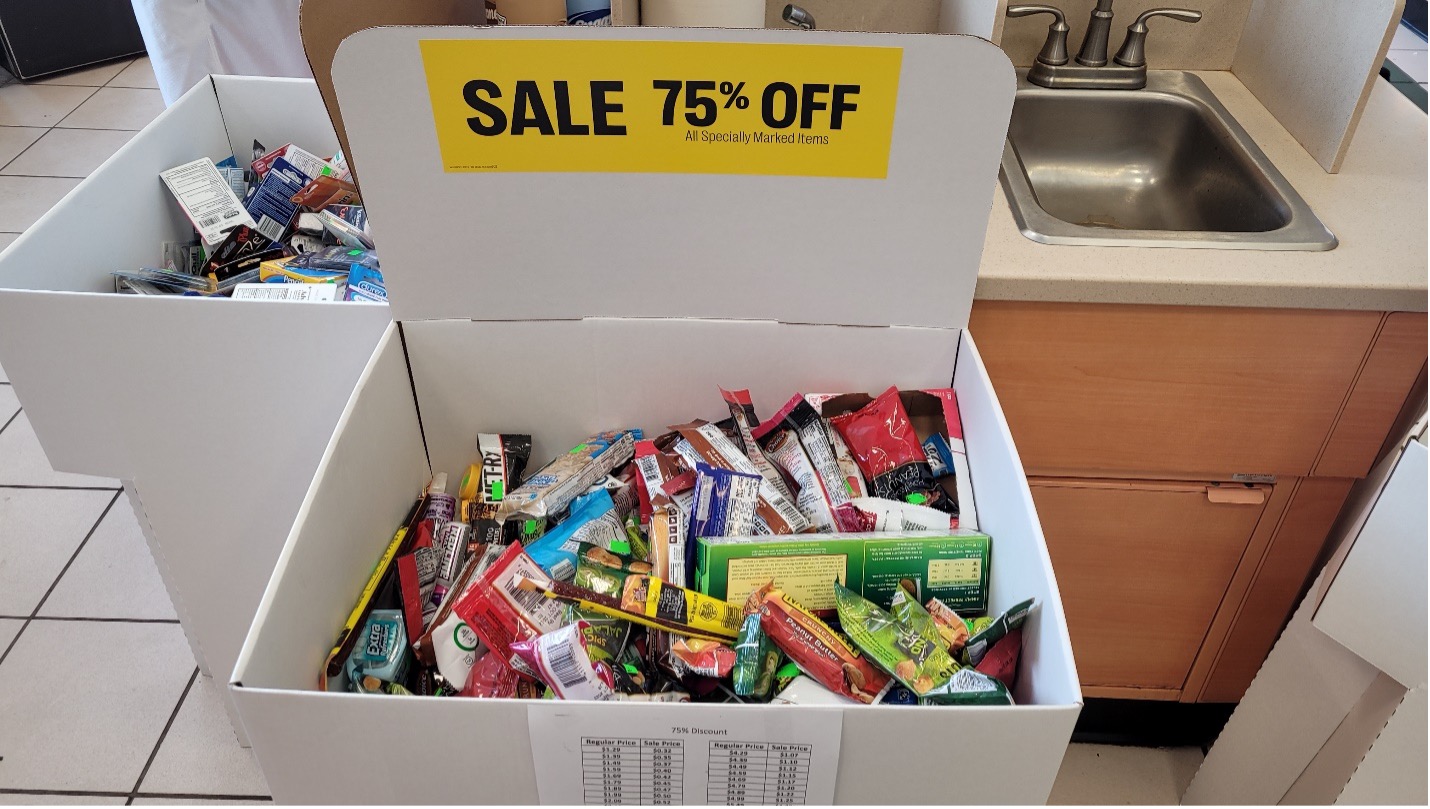 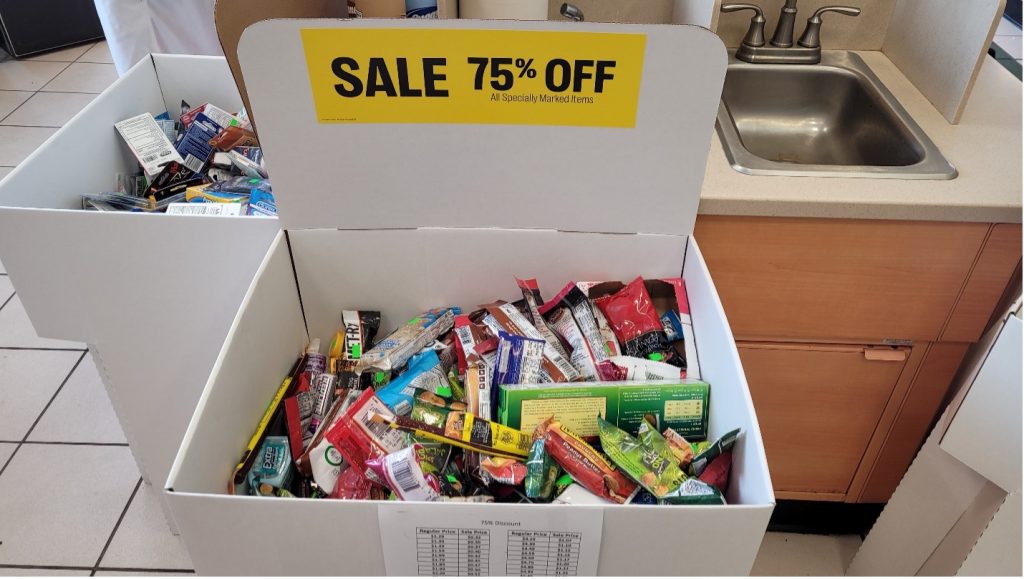 Recently I went shopping at a gas station where everything was 75% off.

I’m not in the habit of shopping at gas stations, because I drive a Tesla. (Which, incidentally, I bought with bitcoin.) One of the great things about owning an electric car is you no longer have to worry about gas prices. It’s enormously freeing.

I was taking a road trip to pick up my son from college, and stopped at a Supercharger to power up. I looked around for something to eat, and the only place nearby was a gas station. It had one of those convenience stores attached, so I wandered in.

Tucked away in the back, behind the Slim Jims and the antifreeze, I spotted a cardboard bin that read 75% OFF. Always one for a bargain, I looked inside. 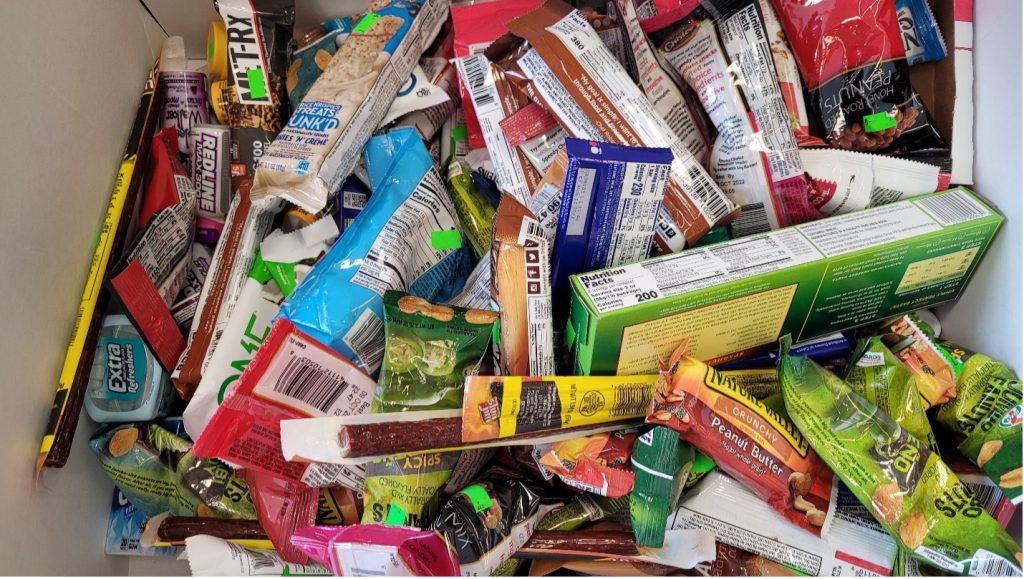 It was a cornucopia of convenience store food.

I couldn’t believe my fortune. I rummaged around, wondering if something was wrong with this stuff. Maybe they had been sprayed with DDT, or had an expiration date of 1979.

The store manager happened to walk by. “Is this for real?” I asked her.

“Yep,” she confirmed. “We’re owned by 7-Eleven Corporate, and they’re changing over all the merchandise in our stores. This was all discontinued, so they just threw it all in a bin and marked it down. Did you see the personal goods? ”

I looked over and saw there were two more identical bins, all 75% off. One was overflowing with toiletries and medications: Advil, toothpaste, hand sanitizer, tampons, condoms. (For some reason, there were lots and lots of condoms.) 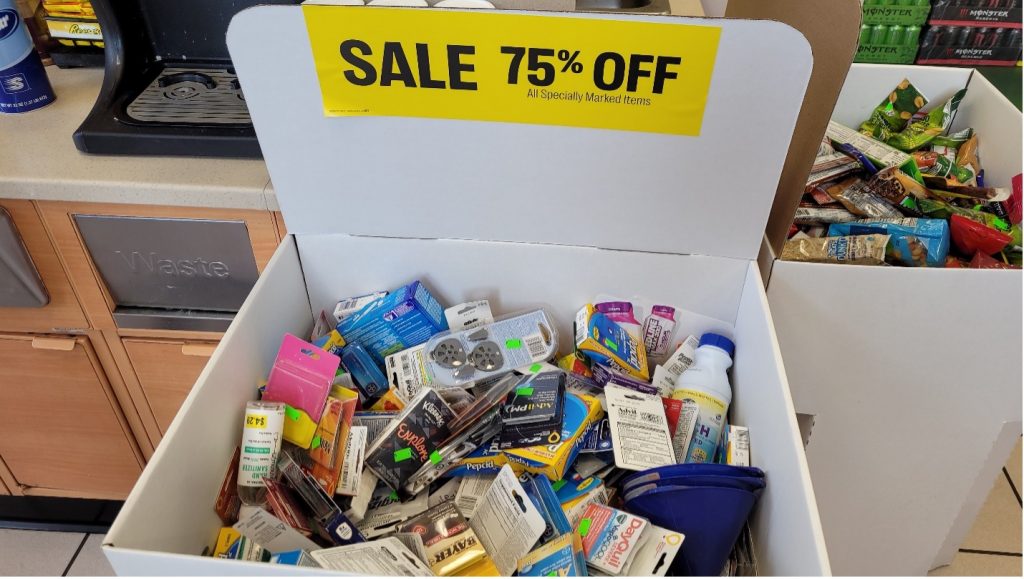 “All the good stuff was gone pretty fast,” she continued when she came back with my box.

“Are you kidding me?” I asked. “This will be my grocery shopping for the week.”

One of the principles of value investing is to buy “stocks on sale.”

Do your research to find quality companies that are underappreciated, ie, trading below their market value. When you find a bargain, buy it.

For example, I think my Tesla is terrific, but TSLA stock is certainly not on sale.

There are two ways to find stocks on sale: the hard way and the easy way.

The easy way is to watch for great companies that have been through some recent “shock” that has caused their price to drop. This shock could be external (like an overall market dip) or internal (something that spooked investors).

I’ll give an example. Years ago, I invested in Netflix (NFLX), which had just started its streaming service. Netflix was still primarily a DVD-by-mail company, and I thought their model was much better than that of video stores. Here I had some experience: I had spent an unhappy year in college working at a Blockbuster Video, which I found to be a terrible company. (Any life experience can be useful, even working minimum wage at Blockbuster.)

I did not buy NFLX stock right away, and to my dismay, the stock price kept going up, and up, and up. Then Netflix announced they were going to split the business into two offerings: the streaming service would keep the name Netflix, and the DVD-by-mail business would be renamed “Qwikster.” 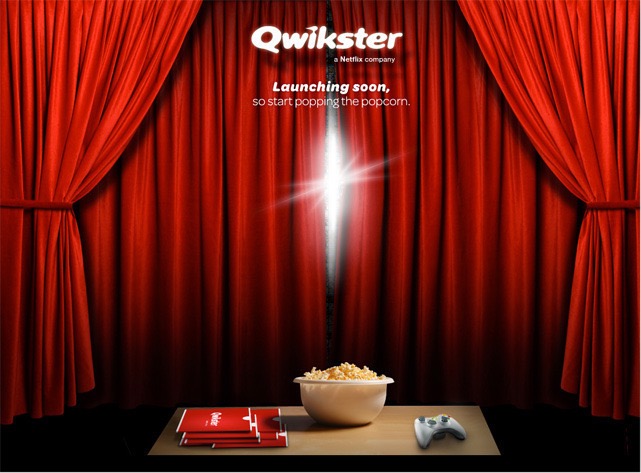 If you thought Facebook changing its name to “Meta” was a big deal, you should have been there for “Netflix” becoming “Qwikster.” There was a furious uproar usually reserved for political revolutions. CEO Reed Hastings was called a trickster and a huckster for pulling a Qwikster.

Needless to say, NFLX stock tanked. And I scooped it up.

This was not an easy decision. The DVD-by-mail business was their moneymaker, and Netflix was essentially betting it all on streaming. Netflix did not have experience as a streaming platform; no one did. They had experience with logistics, shipping DVDs in red envelopes from giant warehouses. Streaming seemed a very risky bet.

This is an example of buying a “stock on sale.” It’s the equivalent of finding the bargain bin at the back of the gas station: the merchandise is not pretty, and a lot of people will think there’s something wrong with it. But a discount condom is still a condom.

I wish I could tell you that I held onto that NFLX stock until today, but I later sold it, only to buy it again in the early days of the pandemic, when the price suddenly plummeted again. (I told you about that opportunity, too.)

So we have two “shocks” to NFLX stock, one caused by an internal decision (Qwikster) and one by external forces (Covid-19). In both cases, investors fled. But the core business remained the same. In fact, Netflix quickly dropped the Qwikster idea, and still offers DVDs by mail.

Sounds easy, but it is actually really hard to buy stocks on sale. You’ve got to get over the fear: What if I’m wrong, and everyone else is right? The great difficulty is overcoming our own brains: why would I buy something that’s losing value?

Which brings us to bitcoin. 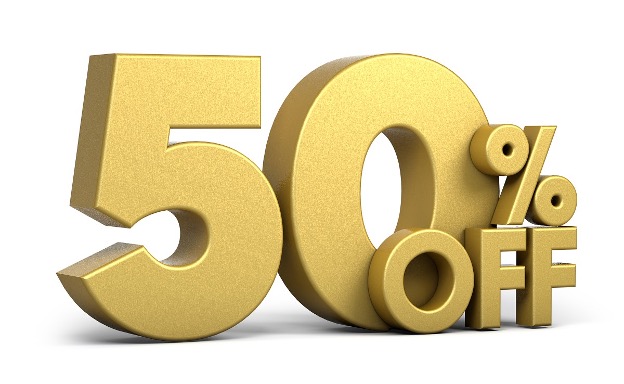 Poor bitcoin is sitting in the bargain bin at the back of the gas station, with a sign reading 50% OFF.

You can buy bitcoin at literally half the price that people were paying just six months ago. Six months ago, people were lining up to place their orders; today, bitcoin can not get no love.

As market strategist Jeff Sommer wrote in his excellent New York Times column, no one should be investing in the stock market if they need that money to pay rent or gas. (That goes double for bitcoin.)

But if you have the means and the mettle to stick with it if prices drop lower, these are the conditions that long-term value investors love. (Look at how Warren Buffett is spending big right now to snap up stocks on sale.)

And even if you do not want to spend big, you can use the lure of discount bitcoin to get started with steady-drip investing, then “set it and forget it.”

It’s better than stocks on sale: it’s crypto on clearance. And no matter what happens tomorrow, one thing we know for sure: these prices won’t last.