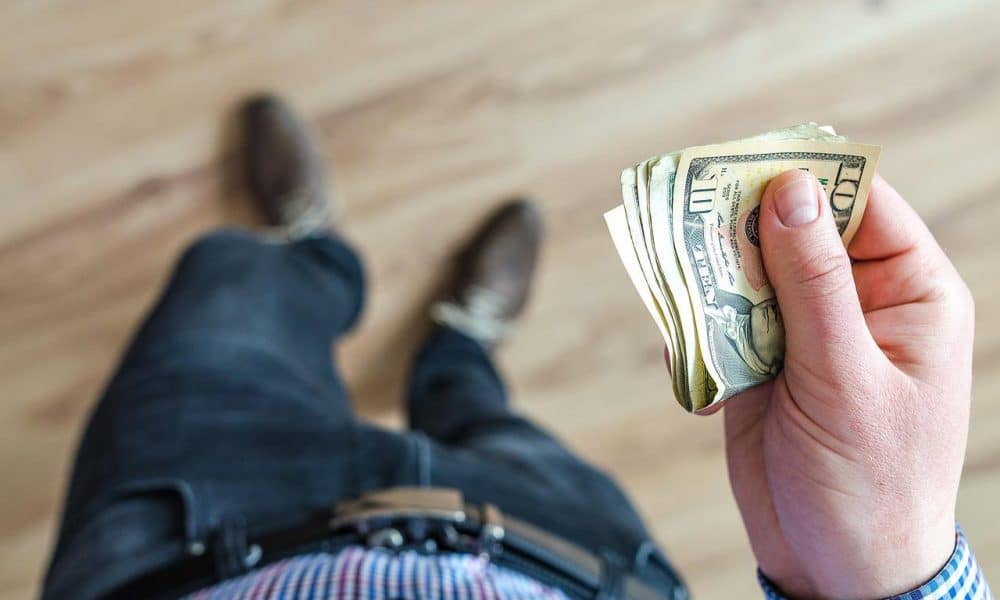 Disclaimer: The datasets shared in the following article have been compiled from a set of online resources and do not reflect AMBCrypto’s own research on the subject

Since the beginning of 2022, VET has been on a steady downtrend. This decline can be attributed to the crypto-winter. According to data, the altcoin, at press time, was trading at $ 0.029, down 6% over the last 24 hours. In fact, the market capitalization stood at $ 2.3 billion with $ 98 million traded over the aforementioned period.

The idea of ​​buying into a crypto because it costs a fraction of a dollar is tempting, but not smart. In this article, we will analyze what drives the price of VET and factors that have affected said price. Also, what might influence it in the future so that investors can make an informed decision.

In 2015, Sunny Lu, the Chief Information Officer of Louis Vuitton China, founded VeChain. It was founded with an aim to disrupt conventional business models and revolutionize the way companies around the world manage their supply chains.

The company boasts partnerships with luxury brands like Louis Vuitton, BMW, big-four auditing firm PriceWaterhouseCoopers (PwC) and Walmart. Most recently, VeChain entered a multi-year deal with the UFC. The deal is valued at $ 100 million.

VeChain works on a consensus protocol that is different from the traditional proof-of-work and proof-of-stake protocols. VeChain uses a proof-of-authority consensus model. This protocol requires relatively low computational power and is more about integrity and quality. This consensus model is rather centralized, when compared to traditional ones.

Although VeChain is based out of Singapore, a significant portion of its team and connections are based in China. Almost half of VeChain’s partners are Chinese companies. Such is the customer concentration in China that more than half of the demand for VTHO is coming from a single customer – Walmart China. This so-called Chinese label may not be in their best interest, however, given the Chinese government crackdown on cryptocurrencies and frequent trade wars with the west. These factors cast a shadow on the project’s overall sustainability.

Following its rebranding as VeChain Thor and the subsequent launch of its own mainnet in 2018, VeChain pivoted to retail-facing products like decentralized applications (dApps) and e-NFTs. This move may not have been in their best interest. Data from DappRadar shows negligible activity on VeChain dApps, despite the company waiving off gas fees for dApps. These ventures could serve as a distraction, especially amid increased competition from industry giants like IBM and SAP who have started offering enterprise-facing blockchain products. 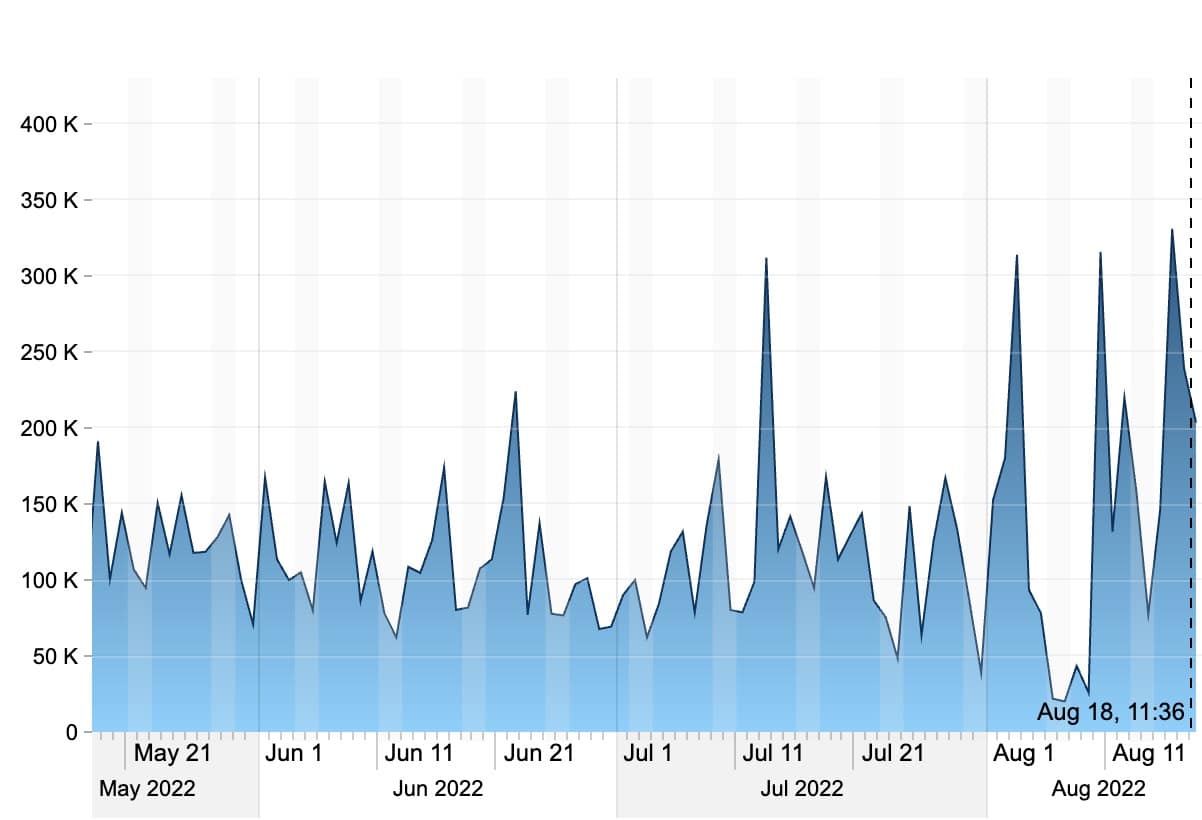 In fact, data from VeChain Stats revealed a troubling decline in its mainnet activity. Additionally, data procured by SeeVeChain suggested that VeChain Thor transactions have been on a steady decline too. The daily burn rate of VETHO, the token required for facilitating VET transactions, can be seen consistently falling – A sign of diminishing VET transactions.

VeChain was in the news back in May 2022, when it offered Terra LUNA developers grants of upto $ 30,000 to migrate their layer 1 chains to VeChain following the collapse of terra.

There was a brief rebound in VET’s price towards the end of the first quarter of 2022. The token surged all the way to $ 0.089 following the announcement of VeChain’s partnership with Draper University which entailed a fellowship and a Web3 accelerator program. However, May’s market-wide crash sent VET’s price tumbling down to $ 0.024. The price failed to recover from the bearish trend, despite news of a new partnership with Amazon Web Services and the Q1 financial report from the VeChain Foundation which showed a healthy balance sheet.

In 2020, PwC estimates that blockchain technologies could boost global GDP by $ 1.76 trillion by 2030 through improved tracking and tracing. PwC’s economic analysis and industry research showed that tracking and tracing of products and services has an economic potential of $ 962 billion. Investors will be eager to see how PwC’s blockchain partner VeChain benefits from this.

Global market intelligence firm IDC released a report in 2020. According to the same, 10% of the supply chain transactions in Chinese markets will use blockchain by 2025. This could work out in favor of VeChain, with it being the leading blockchain firm catering to. supply chain solutions and given its significant presence in China. James Wester, research director at Worldwide Blockchain Strategies IDC noted,

“This is an important time in the blockchain market as enterprises across markets and industries continue to increase their investment in technology. The pandemic highlighted the need for more resilient, more transparent supply chains ”

Data gathered by Nasdaq suggests that the average projection for VET in 2025 is $ 0.22.

According to data published on Medium, however, the average projection for VET in 2025 is $ 0.09.

Changelly’s crypto experts have concluded from their analysis that VET should be worth at least $ 0.64 in 2030. The projection included a maximum price of $ 0.79.

Data gathered by Currency.com suggests that the average price of VET in 2030 should be $ 0.38.

The experts at Medium predict VET to be worth an ambitious $ 1.79 by the end of the decade. Considering the current price, that would amount to a whopping 6200% profit.

It is important to note that increased adoption of VeChain does not necessarily translate to increased demand for VET since the token is primarily used for staking and governance.

VeChain is arguably the only blockchain in the supply chain vertical that has survived the test of time. Rival tokens like Waltonchain and Wabi have seen their market capitalization and volume dramatically diminish over the past few months.

The ongoing supply chain crisis would have been a very good opportunity for VeChain to demonstrate its capabilities but companies all over the world have been resorting to conventional systems rather than exploring an innovative blockchain solution like VeChain. That being said, the supply chain tracking industry is ripe for disruption and VeChain is in a position to dominate the space in the near future.

Critics have speculated that while VeChain’s blockchain may prove useful, the specific nature of its native token’s utility ie pertaining to the business world, may become a hindrance in its growth.

VeChain needs to focus on what it’s good at – Enterprise-facing blockchain solutions for logistics and supply chains.

In other news, the Fear and Greed Index improved significantly yesterday, but has since slumped back.