What the Future Holds for Crypto and Projects at the Forefront 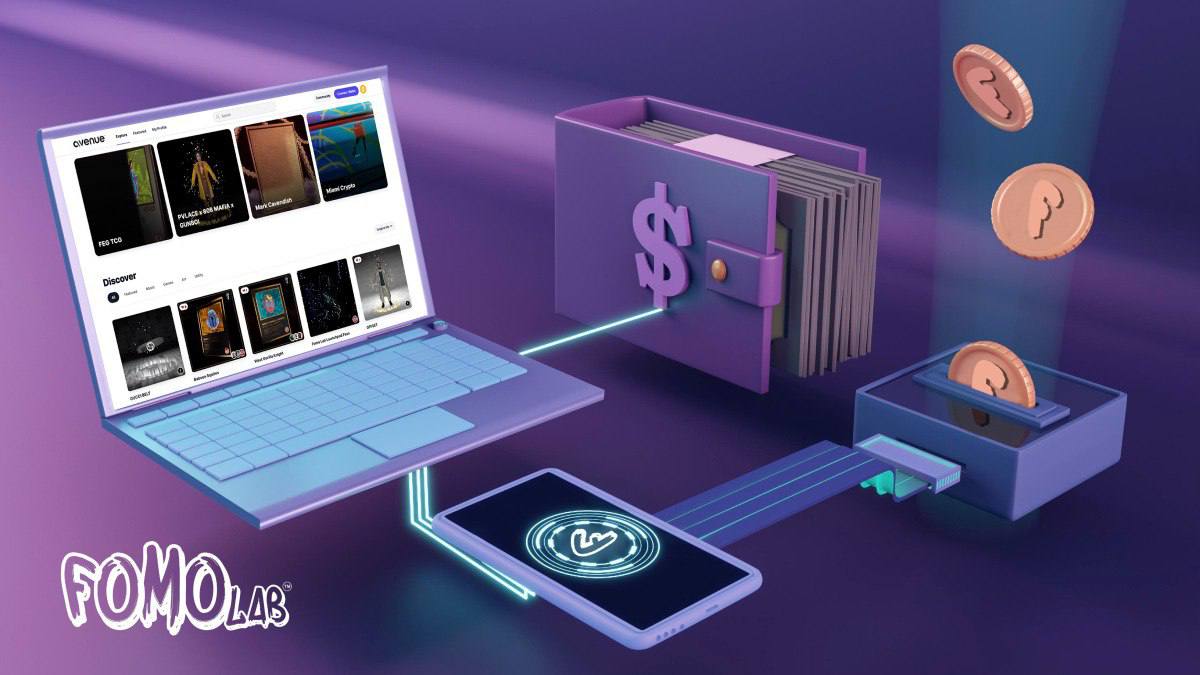 With all of the hype around crypto, it can be hard to discern what is fluff and what is the future. We can not predict which token is the next Bitcoin or Ethereum – anyone who claims they have a crystal ball that tells them the future price of a digital asset, token or floor price is somewhat misinformed or has been drinking the ‘Kool-aid’…

But what we know for sure is that blockchain technology will significantly disrupt traditional business models and lead a revolution in the way we buy goods and services in society. Not long ago, the world’s first-ever purchase of a fast food meal with $ APE coin happened; in the world’s first-ever NFT-backed restaurant. The culture is shifting. It’s evident everywhere you see.

Billboards in Times Square are no longer just the spaces of the world’s biggest IRL brands but are now advertising the world’s most significant NFT projects!

Crypto and web3 are changing the structure of culture in society. It’s also changing the organizational structure at work. As private companies and NGOs fail to provide clear pathways to stamping out corruption, The ‘Decentralized Autonomous Organization’ or ‘DAO’ as you may have heard before, is starting to make a real threat to the current company structure.

The DAO craze is in full swing in the NFT space, and it’s changing the way people see company interaction and corporate structure forever. In this article, we will touch on the surface of how these changes in technology are fueling the most significant changes in society that we may have seen since the third industrial revolution. This is truly a horse and carriage to car level transition event, and society will never be the same again. So, let’s Introduce some driving projects (excuse our pun) innovation at the forefront of the blockchain revolution!

What can be built on the blockchain?

While there are many benefits to using blockchain technology to improve aspects of organization and business (such as creating trustless, permissionless, and secure transparent systems.). The most successful visionaries in this space will be those who are looking at the full disruptive potential of cryptocurrency to shake up the current broken and quite frankly corrupted financial and corporate system we see today.

A company that fully integrates blockchain to develop novel solutions and create new avenues for growth stands to gain the most. A company reluctant to see the impact of blockchain on the world may become the next Ask Jeeves instead of Google…

Let’s start with an example: One compelling use case is smart contracts for online purchases and product distribution. Everything on the blockchain can be tracked, traced, and viewed publicly; This lends itself incredibly well to automated storefronts and the future of online commerce. As well as providing a way to stamp out fakes in the luxury market. Global online counterfeiting costs brands and consumers 326 billion dollars a year. No small drop in the ocean… That value, which is being drained from the market every year, will eventually be eradicated thanks to the capacities of blockchain technology.

Another use case gaining traction amongst the entertainment and media industries is ticket authentication.

A scalper can purchase a ticket to a show and resell it for more money or completely rip off a ticket design and sell it outside the event, leaving the consumer that’s been scammed with sour thoughts even though it wasn’t the media brand or musicians fault. .

The artist is left without remuneration from the resale, and the consumer is one concert short of what they had expected. Using blockchain technology, smart contracts can identify the contractual parties, and sellers can manage the use and transfer of assets such as tickets.

Such smart contracts will disrupt the online ticket resale market, limit exploitation by scalpers, and make sure that artists are paid appropriately for their art. This single utility alone solves a 2 Billion dollar + yearly problem for event organizers.

FOMO Lab is a brand leading the pack when it comes to utility and vision.

Not only did they explore and discuss both these utilities in the early days of the web3 shift before it was popular, but they are also the leading intellectual property specialists, Metaverse Architects, and soon-to-be leaders in the Web3 revolution. The Avenue Market, an NFT marketplace brand developed and created by Fomo Lab and the tech team overseen by @ iamZen0x, will change the way that people see the security of NFT assets forever. They have so much happening with the avenue that it would need an article of its own, but I can assure you Opensea and other platforms out there should certainly be feeling a cause for concern as they make a base on the Ethereum chain.

Fomo is genuinely one of the most undervalued and hidden gems in the crypto space, and for a good reason. Their futuristic creation studio and their IP partnerships have some of the most important technology products that the web3 space will see and some of the largest metaverse brand activations of any company in the world, so everything at this stage has been super quiet. They have been building behind the scenes, but now it seems they are starting to emerge in the crypto space in an incredibly bold way.

Fomo Lab truly is shaping up to be the brand that brings ‘NFTs to the Masses.’

The first foray for FOMO Lab into the world of NFTs was through collaboration with Tyson Fury, the world heavyweight champion – through the use of bringing to market a ‘phygitial’ NFT (the amalgamation of a physical and digital asset) alongside a five piece NFT collection. This currently is the most expensive boxing-related Single Phygital NFT in sports history! Beating even Floyd Mayweather to the punch.

The buyer received not only the digital assets of the one-of-one NFT but also a 5 × 5 physical painting of the NFT created by George Rollo. A young and talented artist who has a bright future ahead of him.

We mentioned a few small but fundamental ways that blockchain will change our world. But what about something more drastic? What about the Metaverse? Can we imagine a whole new mode of online living through blockchain technology? The aforementioned FOMO Labs is also developing the FOMOVerse: a high fidelity metaverse world built with Unreal Engine 5 & NVIDIA Omniverse. In the FOMOVerse, users can hang out, work within real value digital economies, and purchase goods and services.

The FOMO ecosystem is not limited to any single vertical but encompasses and touches every part of the blockchain. In addition to the FomoVERSE, they have developed The Avenue, as we mentioned above, a tri-chain NFT marketplace that allows users to trade and collect digital items. They created the FomoSTAKE platform, which enables users to stake Fomo to earn rewards and generate passive income; the FomoLAUNCH, an IDO launch platform for NFT startups, FomoGAMES for Play to Earn gaming, and the FomoWALLET which is still in development. It seems Fomo Lab is brewing some of the most exciting upcoming products in blockchain and stands as an example to others of what’s truly possible in web3 with the right team, timing and opportunity.