Who accepts Bitcoin as payment? 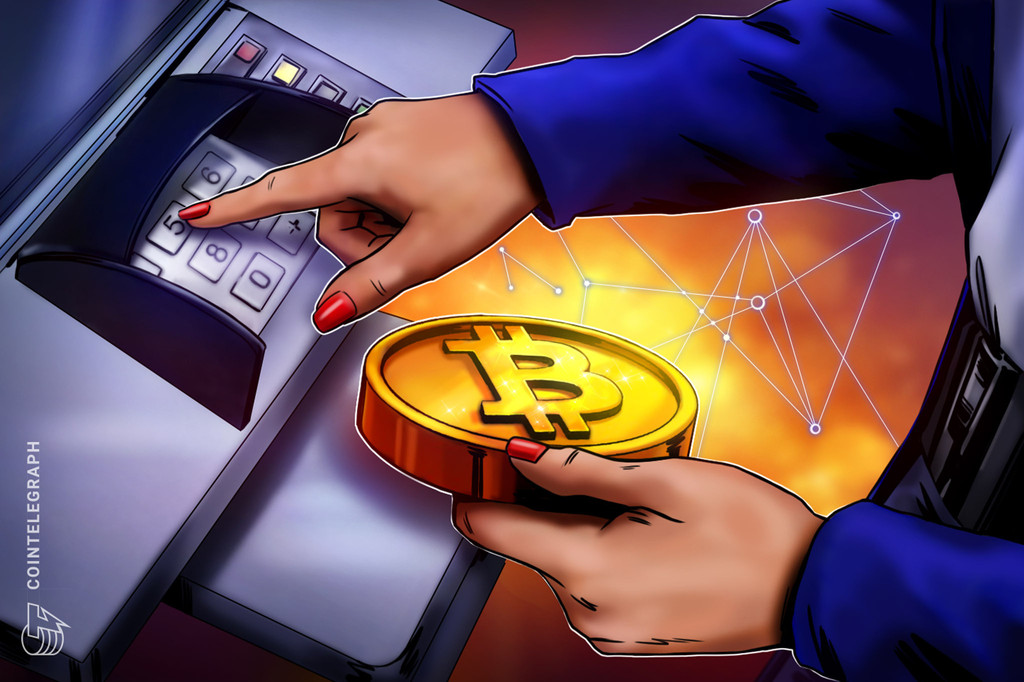 This is a list of some of the biggest places that accept Bitcoin, such as Microsoft and Whole Foods. & Nbsp;

First, we’s going to take a look at businesses that accept Bitcoin. There are some early adopters, but most of them recently started to accept payments using this digital currency. These major companies are the ones where you can pay via Bitcoin: 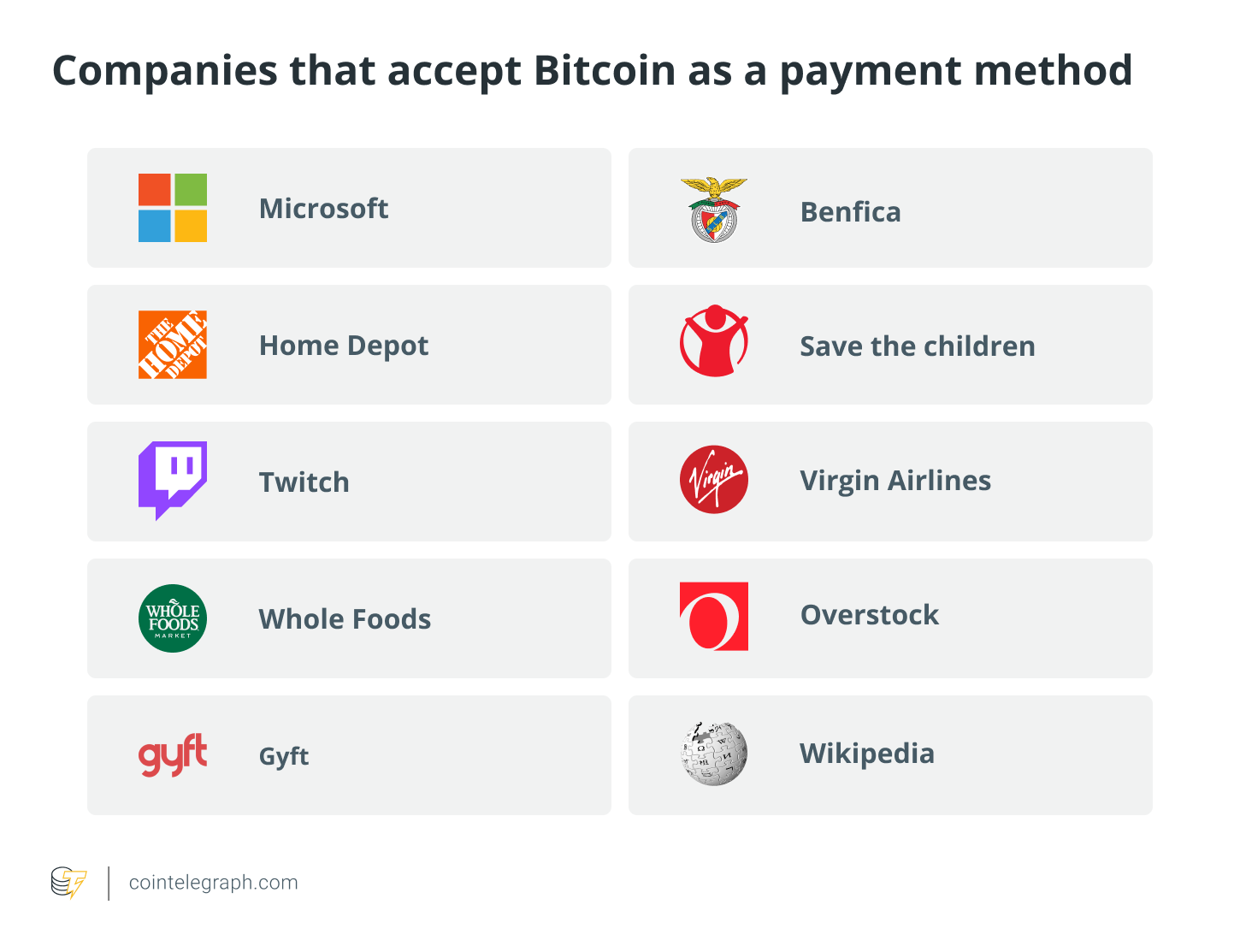 Microsoft was one of the early adopters of BTC, as they started accepting payments with Bitcoin in 2014. Users could buy games and applications with digital currencies, but digital coins were far from usual back then, so Microsoft stopped accepting BTC in 2016 and once again. in 2018 due to high volatility. We & rsquo; re eight years into the future, and now it’s way more usual and trustworthy to pay with digital currencies, like Bitcoin.

Among the stores that accept Bitcoin is one of the largest hardware store chains in the United States, Home Depot. Customers can pay in the most well-known digital currency, but the currency gets converted into US dollars immediately, as Home Depot only wants USD on their balance sheets. This means that you can build and rebuild your whole home as a customer while only spending Bitcoin. & Nbsp;

Streaming video platform Twitch also started accepting payments in Bitcoin in 2014, but they silently stopped in 2019. Although there are a lot of pros to using BTC as a payment method, it & rsquo; s not stable enough for everyone. One year later, they brought the payment option back. Next to Bitcoin, this platform also accepts Ether (ETH) and less popular digital currencies like PAX, USDP and Binance USD (BUSD).

Supermarkt company Whole Foods made it possible for clients to pay with Bitcoin, just like Home Depot. The technology behind the store concept converts digital coins directly into USD, with the same technology as the other Amazon companies.

Whole Foods is not only accepting BTC as a payment method in their shop but also upgraded to the Spedn application so that users can buy food groceries by using Bitcoin and Litecoin (LTC), among others. & Nbsp;

Gift Card Company Gyft enables users to buy, send and redeem their online gift cards for retailers and platforms like Starbucks, Amazon and Sony Playstation. As a user, you can execute every transaction with Bitcoin and all of that without any additional fees.

When you & rsquo; re on the site, it & rsquo; s as easy as it gets. You choose the desired gift card, select BTC as the preferred payment method and then use your crypto wallet to send the payment. & Nbsp;

Fans can purchase their goods with BTC, Ether and the UTRUST token. By accepting cryptocurrencies as a payment method, they attract tech-savvy supporters and make it easy for them to buy sporting goods from abroad. & Nbsp;

Save the Children is the biggest and first international NGO that started accepting donations in Bitcoin and other cryptocurrencies in 2013. With the slogan & ldquo; HODLhope, & rdquo; they strive for the right for kids to be healthy, educated and protected.

Richard Branson, founder of Virgin Airlines, has always been an innovator, so no surprise there. His companies, Virgin Airlines and Virgin Mobile, make it possible for users to pay in Bitcoin. Besides that, users could even pay for space travel with this cryptocurrency. & Nbsp;

Bitcoin and other digital currencies are often described as the finance of the future. To team up with the future of travel only seems logical. For 16 BTC, you can buy yourself a trip with Virgin Galactic, which will take you to an altitude of more than 50 miles. & Nbsp;

Lastly, Overstock is one of the Bitcoin vendors that accepts the digital currency as a payment option and holds BTC. Overstock is a tech-driven online retailer that & rsquo; s visualizing dream homes for all. & Nbsp;

It & rsquo; s the fifth year in a row that this big e-commerce player accepts not only Bitcoin but all cryptocurrencies including Ether, Litecoin, Dash (DASH) and Bitcoin Cash (BCH). & Nbsp;

Another early starter is Wikimedia, the company behind the famous open-source encyclopedia Wikipedia. They also started to accept Bitcoin in 2014 to allow people to pay for donations. This would have been number two on this list, but after May 2022, they no longer accept cryptocurrency donations. & Nbsp;

Wikimedia has several arguments like concerns about the environment, the risk of scams and the fact that only 0.08% of the total amount of donations was received in crypto. The company announced that they stop the crypto donations option for now, but will follow developments closely. As security and stability increase, there is the possibility that BTC will once again become an accepted form of payment.