Why Is Revlon Stock Up 600% After Filing For Bankruptcy? 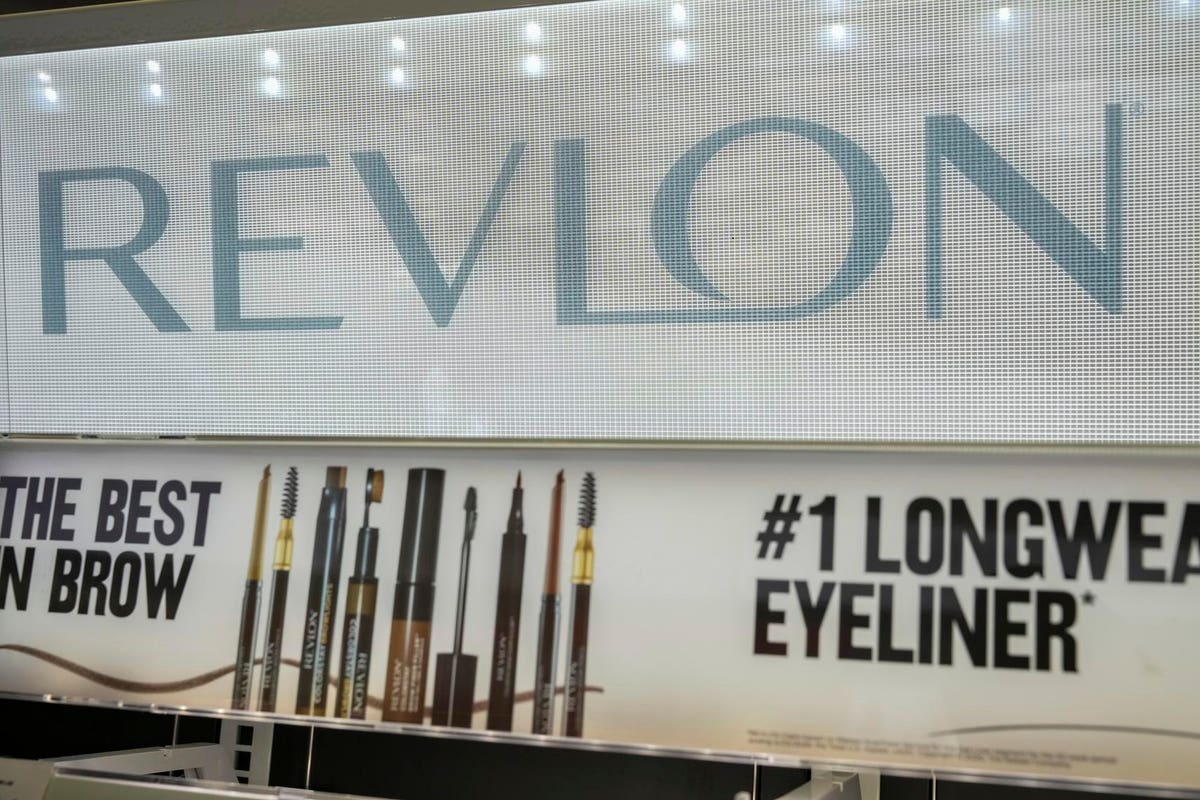 Bankruptcy would usually be considered bad news, right? Apparently not for Revlon, whose stock price has risen over 600% from its all-time low. It has been a rocky few years for the cosmetics company, as it struggled to compete against a new wave of influencer brands such as Kylie Cosmetics and Rhianna’s Fenty Beauty.

Revlon filed for Chapter 11 bankruptcy last week under the weight of mountains of debt and very little cash to support it. They’ve secured court approval for even more debt, with an additional $ 375m on the way to help buy time to restructure the business.

On the face of it, that story does not lend itself to a stock price that’s rising double digits almost every day. There’s a lot going on behind the scenes making Revlon an attractive bet for retail investors, including posters on Reddit’s infamous WallStreetBets subreddit.

This year has been savage for Revlon’s stock price. At the beginning of the year, Revlon was trading at $ 11.66 a share but has since tumbled to $ 1.95 after their bankruptcy announcement. Since then, the price has surged and closed up another 34.32% to $ 8.14 on Wednesday 22nd June.

Why is Revlon struggling?

Revlon is an OG in the cosmetics game. The company was started back in 1932 and was, for many years, second only to Avon in global cosmetic sales. It’s been a dramatic fall from grace for the once industry heavyweight.

Revlon has been going through such a rough time for many reasons. As a brand that started well before the internet was a thing, its business model has relied heavily on retail stores and space in other retailers like Walmart and Bed Bath & Beyond.

As with all bricks-and-mortar retail, it’s been a constant battle to keep up with upstart, online-first brands. This is particularly true in the cosmetics space, which is now dominated by influencers like Kylie Jenner. It’s not just billionaire reality stars taking pieces of the pie from Revlon; it’s also countless smaller influencers who garner audiences on YouTube, TikTok and Instagram.

Of course, there’s been plenty of other challenges not unique to Revlon. They’ve suffered from the same supply chain issues that have impacted many businesses in the cosmetics industry and beyond, increasing the cost of their ingredients and making it difficult to source some of them altogether.

The global lockdowns did not help either. Vastly reduced opportunities to leave the house meant less demand for makeup, and this has persisted somewhat in a post-Covid world where working from home has become much more mainstream.

While all of this has had an impact, Revlon’s biggest problem is debt. They’re drowning in it. This is a company with over $ 3.3 billion in debt and a market cap of just over $ 400 million, even after the recent price rise.

High debt and low cash flow is an even bigger problem for a company like Revlon because they have little in the way of assets. Broadly speaking, their only tangible assets consist of their current physical makeup inventory (makeup they’ve made but not yet sold) and some invoices they’ve sent out that have not yet been paid to them. All in all, these assets total less than $ 1 billion, which is still a mile off their current debt levels.

What happens after Chapter 11 bankruptcy?

The term bankruptcy often leads to thoughts of a business closing down entirely and ceasing to exist. This can be the case under some circumstances, but Chapter 11 bankruptcy is specifically designed to allow a company to attempt to remain in operations.

It’s often called a “reorganization bankruptcy” because it allows the business to shuffle debt around, write some off and potentially continue operating after this is all done. It’s actually a fairly common practice in corporate America, with big names like General Motors, K-Mart, Ford and JC Penney all having Chapter 11 bankruptcies in the past.

Chapter 11 bankruptcy aims to completely overhaul the capital structure supporting the business while keeping the customer-facing component as intact as possible, at least initially.

Whenever a company declares bankruptcy, a big line forms of people and organizations who want their money back. Where you stand in that line depends on what type of creditor you are. Unpaid wages, for example, are considered priority claims, so they get paid before any other debts can be cleared.

After that, secured creditors like banks are usually the first cab off the rank before moving down the line to unsecured creditors, bondholders and suppliers. For companies with significant real assets such as property, plant and equipment or IP that could be liquidated, there may be a sizable portion of cash that administrators can access to pay these creditors.

In the case of companies like Revlon with little in the way of tangible assets, this is unlikely. The most common outcome in these circumstances is that these creditors agree to accept equity in a new corporate entity in exchange for their debt. As a simple example, this could mean that Bank A, who lent Revlon $ 100 million, would agree to settle their debt for equity in Revlon 2.0.

Shareholders are generally last in line. So while that means that shareholders could receive some cash hypothetically, the likelihood is that they’ll be left with nothing. This is why a position in Revlon right now is mega risky. It’s a scenario where shareholders could see their positions go to zero, depending on the outcome of Chapter 11.

But one ace up the sleeve could dramatically change shareholders’ fortunes — a potential buyout.

Why Revlon’s stock price is soaring

The prospect of a buyout is one of the reasons why the Revlon stock price is pumping right now, and it’s being led by retail investors and Reddit’s infamous WallStreetBets crowd. Chatter on the forums is likening the situation with Revlon to the recent Chapter 11 bankruptcy for Hertz, whose stock also went crazy after the initial fall and bankruptcy announcement.

The trading volume for Revlon has been massive, with over 600 times more shares trading hands than the average from the past year. Cleary, the WallStreetBet is that a buyout is on the cards, and that’s precisely what happened with Hertz.

Why is a buyout so attractive? We’ve already established that Revlon shareholders are playing a risky game. Should the company restructure into a new entity, they’ll almost certainly be left with nothing.

On the other hand, another company may decide to step in to buy Revlon. This would mean taking over the business, absorbing the debt and paying out existing shareholders. Given that a buyout offer almost always comes at a premium to the listed price, it could result in a quick win for investors who are happy to take the gamble.

In Revlon’s case, it’s not a totally unreasonable bet. Despite not having the status they once did, there is still a significant amount of brand value in the name. After all, this is a brand whose past spokespeople include superstars like Halle Berry, Elle Macpherson, Jessica Alba, Gwen Stefani and Jessica Biel.

There have already been murmurs of interest from Indian conglomerate Reliance Industries, though no official word has come from either party.

What Revlon’s bankruptcy means for investors

As we’ve outlined, it’s a bit of a coin flip for Revlon investors at the moment. A buyout offer could materialize, which could lead to a quick profit for those brave enough to wade in. On the other hand, if a buyer is not forthcoming, investors could see their positions in Revlon completely wiped out. It’s a high-risk bet, and any investor should make sure that they can afford to lose whatever they invest in these situations.

In a more general sense, investing in trending stocks can be a strategy worth considering. Riding the FOMO wave can result in sizable returns over short spaces of time. Because of our relationship with Forbes, we’ve packaged this concept into our Forbes Kit.

This strategy gives our AI access to Forbes data and uses machine learning to assess popularity and sentiment for trending companies. We combine this with our core investment models to identify investment opportunities in a way that even top hedge funds do not have access to.

For investors that want to stick with what’s tried and true, we have our Large Cap Kit. With a potential recession on the horizon, Revlon may not be the last big name to file Chapter 11 this summer. In a low or no growth environment, it’s the smaller companies that tend to suffer, while the biggest players can weather the storm better.

Our Large-Cap Kit aims to take advantage of that with a long / short position that goes long on large-cap companies and short on small caps. We aim to hedge out the market risk, which means that even if markets trend downwards or flat overall, you can still make money on the differential.